COP27: At long last, nuclear energy is having its moment 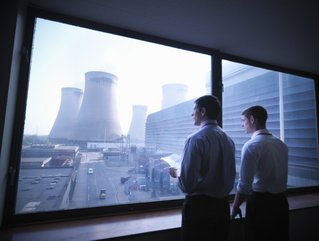 For the first time in its 27 year history, the International Atomic Energy Agency has set up shop at the UN's climate conference

Considering the chaotic milieu of energy prices and the climate emergency in which the world now finds itself, it’s no wonder that nuclear is having a moment at this year’s COP27 in Sharm El-Sheikh, Egypt. The fact stands: for the first time in the UN conference’s 27-year history, the International Atomic Energy Agency (IAEA) decided that now was the moment to open an exhibition promoting the use of nuclear power.

The IAEA is an intergovernmental body which seeks to promote the energy source.

While nuclear does come with a fair deal of controversy – the potential for disastrous meltdowns stands out here – the sector can also convincingly position itself as a safer alternative to the use of fossil fuels, that energy source widely regarded as the greatest culprit in our age of climate crisis.

An alternative – if the world wants it

Yesterday at COP27 saw IAEA Director General Rafael Mariano Grossi led a panel discussion on the matter. Among the speakers was International Energy Agency Executive Director Dr Fatih Birol who claimed with confidence: “”Nuclear power is making a comeback – and in a strong fashion.”

Dr Birol then took the financial community to task for failing to address the opportunities inherent in a stronger adoption of the energy source. He said with utter finality: “I don’t give them a passing grade.”

Mariano echoed these sentiments in an interview and noted the energy source’s clean potential: “When you talk about nuclear, you’re talking about a confirmed energy producer which is not part of the problem, but rather part of the solution. You will see that nuclear energy has a really solid, very consistent safety record.”

Even American climate envoy-in-chief John Kerry offered his support to nuclear power this week when he announced that the US Export-Import Bank was interested in supporting a nuclear power plant in Romania to the tune of $3bn.

Kerry noted: “We have a viable alternative in nuclear. This is one of the ways in which we can achieve net zero… We don't get to net zero by 2050 without nuclear power in the mix.”