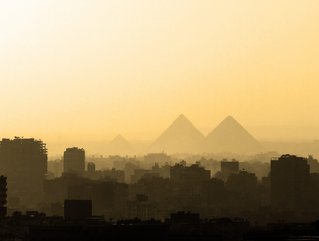 This week at Energy Digital we saw the world’s energy come under the spotlight at COP27, with a number of critical green energy initiatives being discussed

Infinity Power Holding, the joint venture between UAE’s Masdar and Egypt’s Infinity, announced that the solar photovoltaic power plant it has developed in Sharm El-Sheikh is now fully operational and has been providing clean, renewable energy to COP27.

In a statement, Infinity Power said that the 6MW plant – which can generate as much as 11,723MWh of energy per year, enough to power more than 5,000 homes while cutting CO2 emissions by more than 4,000 tonnes – will continue to operate after the conference, providing clean energy to the city for years to come.

Infinity Power has been named as a Principal Partner for COP27 and was established in 2020 to target power generation projects through renewable energy sources, including solar and wind technologies at a utility- and industrial-scale level across Egypt and Africa.

President Abdel-Fattah El-Sisi, Egypt’s President, and Jonas Gahr Støre, the Norwegian Prime Minister, have launched the first phase of a project that will establish a major green hydrogen plant in Egypt’s Ain Sokhna region, along the Red Sea.

The strategy, implemented in cooperation with the European Bank for Reconstruction and Development and the Arab Union for Sustainable Development and Environment, seeks to help Egypt contribute to 8% of the global hydrogen market, Egypt's cabinet stated.

10GW renewable energy wind farm to be built in Egypt

The UAE President His Highness Sheikh Mohamed bin Zayed Al Nahyan and President Abdel Fattah El Sisi of Egypt witnessed the signing of the agreement, along with a number of high-profile dignitaries from both countries.

Dr Al Jaber said: “The scale of this mega 10 GW onshore wind project – one of the largest wind farms in the world – is a testament to the renewable energy ambitions of the United Arab Emirates and the Republic of Egypt and demonstrates Masdar’s status as a global leader in clean energy.”