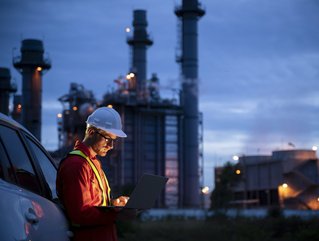 GlobalData report finds that overall number of contracts in O&G industry declined in the quarter, despite contract value seeing an increase

The overall number of contracts in the oil and gas industry declined by 7% in Q3 2022, decreasing from 1,662 in the previous quarter to 1,542 in the current one, GlobalData, a data and analytics company, has said.

However, in a report, ‘Oil and Gas Industry Contracts Analytics by Sector (Upstream, Midstream and Downstream), Region, Planned and Awarded Contracts and Top Contractors, Q3 2022’, the data company pointed out that the contract value reported saw an increase, from US$38.8 billion in Q2 2022 to US$47.7 billion in Q3.

Pritam Kad, Oil & Gas Analyst at GlobalData, commented: “Keppel Shipyard helped to keep the momentum during Q3 2022 with its two Engineering, Procurement, and Construction (EPC) contracts. Combined, these contracts are worth $8.76 billion for the P-80, P-82 and P-83 Floating Production, Storage, and Offloading (FPSO), which are destined for Petrobras’ Buzios field in the Santos Basin, Brazil.”

In September 2022, Brazil’s Petrobras awarded Keppel Offshore & Marine a contract worth nearly US$2.8 billion for the P-83 floating production, storage, and offloading vessel P-83 FPSO. This was a repeat order following the contract for the FPSO P-80 and is the third FPSO that Keppel O&M is building for Petrobras for the Buzios field.

Operation and Maintenance (O&M) represented 53% of the total contracts in Q3 2022, GlobalData said, adding that these were followed by procurement scope, with 24%, and contracts with multiple scopes, such as construction, design and engineering, installation, O&M, and procurement, that accounted for 12%.