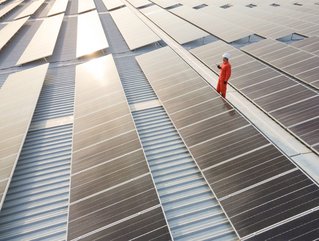 The overall number of contracts in the oil and gas industry declined by 7% in Q3 2022, decreasing from 1,662 in the previous quarter to 1,542 in the current one, GlobalData, a data and analytics company, has said.

However, in a report, ‘Oil and Gas Industry Contracts Analytics by Sector (Upstream, Midstream and Downstream), Region, Planned and Awarded Contracts and Top Contractors, Q3 2022’, the data company pointed out that the contract value reported saw an increase, from US$38.8 billion in Q2 2022 to US$47.7 billion in Q3.

LONGi, the Chinese solar technology company, has said that it has signed an agreement to provide 1,292MW of photovoltaic modules to Larsen & Toubro, the Indian multinational, for two solar projects under construction in Saudi Arabia.

According to a statement, the agreement was signed by Dennis She, vice president at LONGi, and A Ravindran, senior vice president and head of the Renewables Strategic Business Group at L&T. The agreement covers two Saudi Arabian projects for which L&T is acting as EPC, it added.

Alfa Laval, the Swedish company specialising in heat transfer, centrifugal separation, and fluid handling, has said that it has signed an agreement to deliver compact heat exchangers to the world’s largest green hydrogen plant, which is being constructed in the Middle East.

In a statement, Alfa Laval said that the facility, which is powered by renewable energy, will be part of NEOM, a US$500 billion futuristic city that is being built from scratch in the north-western deserts of Saudi Arabia.