The fight for Gen Z: How energy can diversify 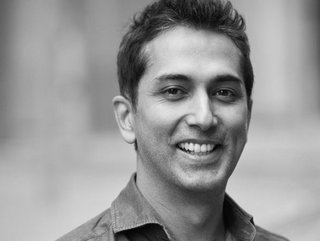 We just hit a new population milestone. According to UN estimates, the number of people on the planet crossed the 8 billion threshold in November 2022. And 2.5 billion of them are Gen Z, making them the single largest generational group.

They are currently between 10 and 25 and are starting to enter the workforce at scale. Their economic, political and cultural influence is growing daily. By 2030, they will occupy one-third of all jobs globally.

This cohort matters immensely. Businesses that understand what makes them tick and which align their brands and employer value propositions with their hearts and minds stand to win big. Yet the energy industry is struggling to captivate this purpose-driven group, and unless it can turn the tide of opinion, it will lose the war for the future talent needed to move the industry forward.

With this in mind, we surveyed Gen Zers aged 20-25 across North America and Europe to understand their attitudes to energy and to explore what can be done to ‘switch them on.’

What makes them tick?

Like generations before, Gen Z wants many of the same things from a career: a decent salary, job satisfaction, stability and the opportunity for personal and professional growth.

However, the technological, social and cultural influences that have shaped their lives have wired them a little differently. As a collective, they are more purpose-driven and exercise a ‘we is greater than me’ mindset, caring more deeply about issues such as climate change and the health of our planet. They are more inclusive than previous generations, having grown up in a world where DEI is a table-stake and a virtue. And they expect to have the freedom and flexibility to work where, how and when they want, having entered the world of work at a time when technology has made that the norm.

Change is needed to win their hearts and minds

We learned that the energy industry is failing to captivate them. Indeed, Gen Z explicitly rejects traditional, non-renewable energy, perceiving brands as “untrustworthy,” “unprestigious” and “old fashioned.” They rank this sector bottom, with around 60% saying they are unlikely to apply. This compares to just 35% for technology and 37% for advertising and marketing (which top our list).

Renewables fare better, seen as “trustworthy,” “caring for local communities” and “embracing cutting-edge technology.” Yet 45% still would likely not apply.

The industry's perceptual challenges are manifold: it is seen as lacking excitement and variety, and many assume that the work will be stressful and boring. More fundamentally, they perceive it as having an ‘old school’ mentality around key topics such as diversity and career flexibility – things this generation cares deeply about.

The energy industry needs to reframe itself in a more positive light, and those that do so will be the ones that win disproportionately. To win the war for future talent, they should focus on three things:

#1 Motivate them to join your cause

The industry is grappling with one of humanity’s biggest challenges and needs the world’s best and brightest to make change happen. This is a hugely exciting prospect for any Gen Zer looking to create impact, and framed and activated in the right way, can motivate them to get behind the mission.

Danish company DONG Energy was one of Europe’s biggest polluters. In 2017, the business reinvented itself as a renewables company, guided by a vision of creating a world run entirely on green energy. To signal this change, the company rebranded itself as Ørsted – named after the Danish scientist. Whereas the DONG Energy graduate scheme marketed itself for ‘highly skilled young professionals,’ the Ørsted graduate programme welcomes ‘leaders, dreamers and problem-solvers’ to join them on a ‘two-year learning journey to change the world.’

The days of ‘greenwashing’ are over. Digitally native Gen Z can see through veiled attempts to tell stories that are alternate to the truth. Promises must be backed up with meaningful actions, behaviours and innovations that transcend skin-deep communications efforts.

Patagonia made waves last year when it declared “Earth is our only shareholder” and committed to transferring all non-reinvested profits to protect nature and biodiversity. This pledge underscores Patagonia’s responsible approach to business and genuine desire to improve the world.

Whilst energy players need not go to these lengths, as the adage goes, “actions speak louder than words.” Well-considered initiatives can become hallmarks of commitment and build the support needed to shift adverse perceptions.

Characterised by some as “male, pale and stale,” energy is known for lacking diversity. Not only is this at odds with what the most inclusive generation in history is looking for, a failure to bring in a diverse set of mindsets, skills and talents may undermine the industry’s ability to solve the challenges ahead.

Technology and professional services businesses have been particularly active in this space, setting up apprenticeship schemes and exploring new and creative ways to bring in the diversity they need to stay ahead. The energy industry can learn from these players by re-engineering recruitment processes and employer value propositions to attract talent that might not ordinarily apply.

While the battle for talent takes work, the results are worth the energy.