In 2001, NAES was acquired by industrial giant Itochu, a Global 250 trading company – second in size among Japanese companies only to Mitsubishi.

Energy is one of its key sectors, which made NAES the leading independent operator of power-generating facilities, a strategic target for the company. Today, NAES is recognized as the go-to partner across the industry, providing clients with operations, maintenance, fabrication, construction, engineering, asset management, technical/financial advisory, energy management and technical services.

With the financial backing of its parent company, NAES has pursued an aggressive program of acquisition during the last five years. Recent additions include Gridforce Energy Management (July 2017), which ensures that clients’ power flows reliably while enhancing their profitability and reducing their risk exposure; and PurEnergy (June 2016), an asset management firm that frees power plant owners and lenders from day-to-day operational duties while optimizing the economic performance of their assets.

These and three other acquisitions have helped to expand the Issaquah, Washington-based company into a $750mn enterprise. As CIO Jim Dionisio sees it, NAES cannot merely keep pace with the digital world; it needs to be led and enabled by IT at every stage, from its office infrastructure right though to customer relations. “If you don't have a strong relationship with technology in your business, you are probably going out of business,” he says.

In his 30-year career, Dionisio has created IT solutions for Fortune 500 companies and many state and local government agencies. When he joined NAES in July 2015, he found that the infrastructure was not entirely ‘enterprise standard.’ The relatively new leadership team presented him with the challenge of transforming NAES into a leaner, more agile organization while retaining the core values that had made it the industry leader – and not forgetting today’s top business-critical concern, cybersecurity.

This was no small ask. “It required serious agility from an IT perspective to reform the business in short order and bring people up to speed,” Dionisio says, “so I’ve been very busy.” He started by replacing an aging infrastructure, working with key business partners to standardize things corporate-wide. For basic but essential document copying and control, he called in Pacific Automation as part of a complete top-to-bottom update. For the infrastructure rebuild, he partnered with Cisco to support the growth that was taking place.

Considering how small and lean a team he was working with, Dionisio knew that routine business processes should not be managed in-house. The people he hired needed to focus on strategic management of data – not back office maintenance. “Key to my success here is having great people managing the data,” he says. “That’s been critical.”

Since he can't afford dedicated people for functional roles such as web development or IT procurement, he now turns much of this work over to third parties like CDW. He hired a few essential people: a project manager, a database administrator and someone to manage the critical SharePoint platform that supports all of NAES’s power plants. A business intelligence analyst will complete the team for the time being.

“I brought in people who understood what building an enterprise business is all about,” Dionisio recalls. “I now run the smallest IT shop I have ever had, but we do more with less. I’m a big believer in surrounding yourself with the brightest people you can find.”

With his team in place, he set about shifting platforms such as MS Office, Email, SharePoint and Storage onto the cloud. His vision was to add hyper-convergence across NAES’s subsidiary firms to ensure that all the back-end systems would be easy to manage as resources expanded. To help achieve better tracking of incidents, tasks and changes, he brought in cloud computing specialist ServiceNow.

Dionisio took a moment to enthuse about the current cloud-based Office suite. “Microsoft has done an excellent job on the cloud services side, and we consider them a strong partner,” he says. “We love tools like Skype for Business, which is great for videoconferencing and IM’ing. I can be on a call at my desk, transfer to mobile and continue it on a train if I have to.”

The bread-and-butter business for NAES is still its work in the energy sector, in which it operates and maintains some 160 power plants. Because these facilities are spread across the United States, Mexico and Canada, robust communications is a key enabler for the enterprise and its 4,200 employees.

Acquiring a new company and its staff, in Dionisio’s view, should never be just a matter of absorbing it. “We give them time to settle in,” he adds. “My job is to manage migrating them into our systems, moving them into our domain, getting them onto our e-mail system, and so on.” While every acquisition is unique, the process has gotten smoother, he believes, because he’s had his team write and discuss lessons learned after each one. They then do a gap analysis to improve their next migration. “The excitement of IT,” Dionisio adds, “is that there’s always something new and positive from which you can learn.”

Analytics and business information will be his team's main concerns going forward. It is currently working with company leaders to select a single ERP platform to replace the assorted systems used by various units across the enterprise. “We need to be on a unified system rather than continue to manage the legacy systems our acquisitions bring with them,” Dionisio says. “For example, we’re currently managing six different accounting systems that we want to consolidate into one centralized ERP.” A vendor will be chosen shortly, with the implementation slated for Q1 of 2018.

Dionisio is also moving NAES from the Salesforce CRM platform to Microsoft Dynamics. He has no basic criticism of the existing system except that it takes too big a bite out of his budget. “Since we’re doing so much of our work on the Microsoft cloud already,” he explains, “I was able to bundle MS Dynamics and get my costs down to almost a quarter of what a Salesforce renewal would have cost me.”

Migrating to the cloud in itself has yielded a direct saving of more than $2mn. “I like saving money – that’s the other half of the CIO hat,” he quips. “To keep doing that, we not only have to continue to innovate, we must consolidate. Every part of the business depends on technology to make it as effective and as affordable as it can be.”

A case in point: NAES recently changed over to Gensuite as its dedicated program for managing safety, training and compliance across its extensive fleet of plants. This replaced a motley assortment of products, each of which needed to be supported separately. “I was faced with having to hire another person,” says Dionisio, “but by consolidating everything into Gensuite, I avoided increasing my headcount.” While the new program has brought immediate benefits by standardizing training, he points out that change has to be managed sensitively. “Nobody likes being asked to abandon the thing they're used to, even for a better system!”

Jim Dionisio loves his work, regularly arriving at the office at 5:30am and often extending his workday even beyond his 7:00pm arrival home. He’s a great believer in reading the latest literature and attending as many conferences as he can. “As CIO, my job is to understand how IT tools can solve problems,” he says. “So, I need the wherewithal to know the business and identify the problems. If I kept my head in the sand, I’d miss the next new thing that’s just around the bend.” 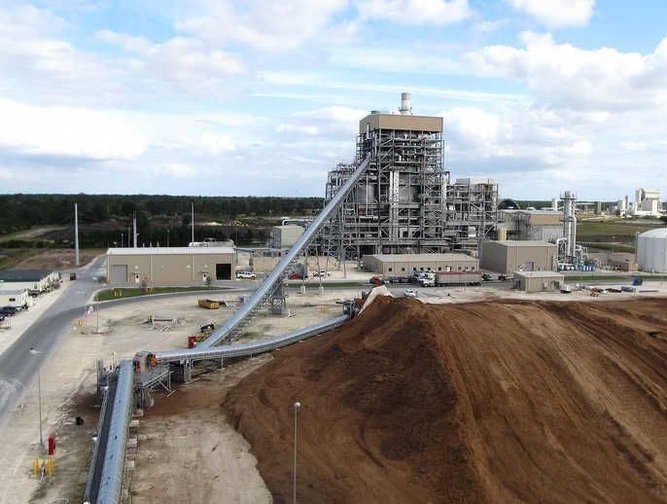 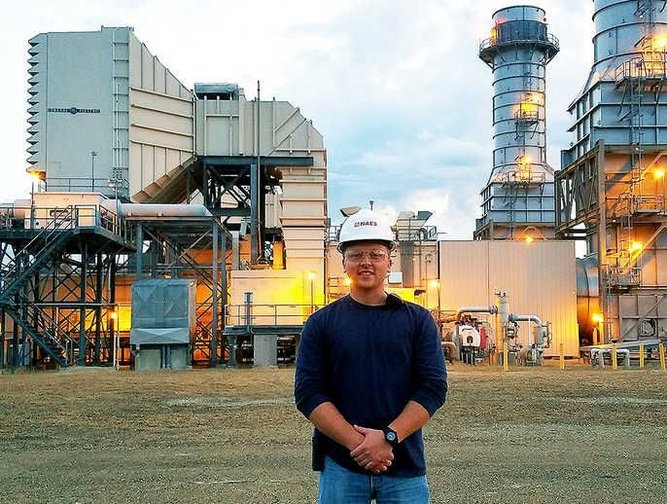 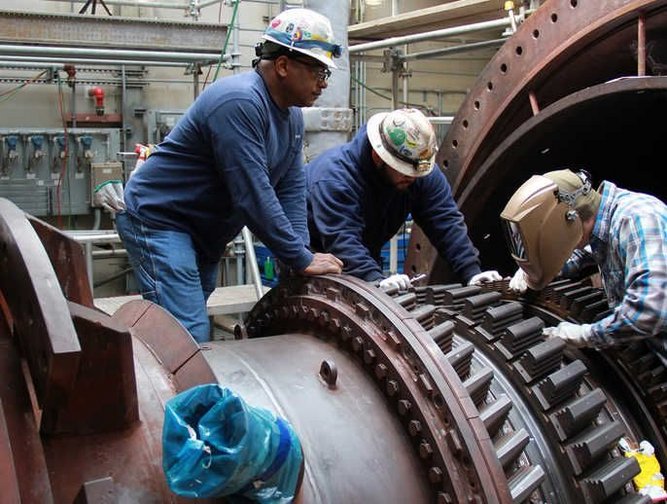 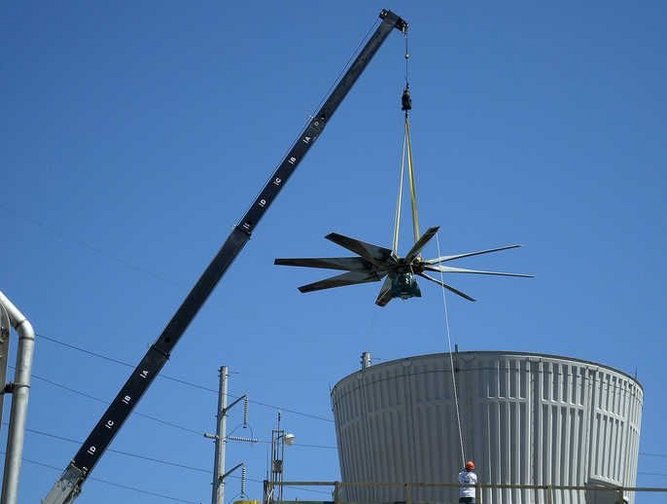