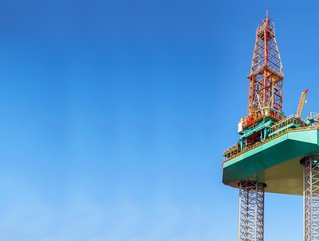 Abu Dhabi National Oil Company (ADNOC) has announced the awarding of a contract worth US$980m to ADNOC Drilling to hire two jack-up offshore rigs and associated manpower and equipment.

The contract, awarded by ADNOC Offshore, will support the expansion of ADNOC’s production capacity as it responds to the growing global demand for lower carbon intensity oil and gas, a statement said.

“ADNOC Drilling’s world-class capabilities continue to be a key enabler of these efforts. Importantly, this award will also deliver significant in-country value to drive economic growth and diversification, in line with the UAE leadership’s wise directives.”

This award will leverage the company’s world-class expertise and state-of-the-art rig fleet to further unlock the UAE’s offshore energy resources, he said, pointing out that more than 80% of the award value will flow back into the UAE’s economy under ADNOC’s In-Country Value (ICV) programme, supporting local economic growth and diversification.

ADNOC Drilling is the largest national drilling company in the Middle East by rig fleet size. Its rig fleet spans 105 owned rigs, including 28 offshore jack-up units – one of the largest operational fleets of its kind in the world.

The company’s expansive rig fleet and expertise are key drivers in its ability to win and service large-scale drilling contracts for customers, it said.

The award brings the total value of awards from ADNOC Offshore to ADNOC Drilling in 2022 to US$5.95bn to maximise value from Abu Dhabi’s offshore oil and gas resources, the statement continued.

Earlier in October, the company was awarded a contract worth US$1.52bn for the provision of jack-up and island rigs and associated Integrated Drilling Services. This followed two awards in August worth US$3.43bn to hire eight jack-up rigs.

ADNOC Offshore is supporting ADNOC’s drive to expand production capacity to 5m barrels per day (mbpd) by 2030 and enable gas self-sufficiency for the UAE, and ADNOC Drilling is critical to delivering on these strategic objectives, the statement concluded.