The beauty of blockchain 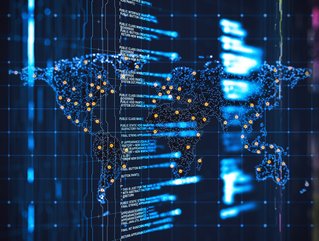 As blockchain becomes an increasingly accessible concept, BTL is offering its expertise to the energy industry. CIO Hugh Halford-Tho...

As blockchain becomes an increasingly accessible concept, BTL is offering its expertise to the energy industry. CIO Hugh Halford-Thompson explains why.

With the news earlier this year that BTL Group is firmly entrenched in phase two of its European energy trading project, even completely unrelated industries pricked up their ears at the concept of a startup supporting some of the biggest energy giants in the quick and efficient exchange of data.

Following BTL's successful pilot last year, in which Eni, BP and Wien Energie were brought together for the company to prove the effectiveness of its Interbit platform, four oil and gas supermajors and five leading energy traders (Eni, Total, Gazprom, Mercuria, Vattenfall, Petroineous and Freepoint) formed a consortium to test the platform which promised to deliver gas trading reconciliation through to settlement and delivery. This is phase two, known as OneOffice.

BTL is changing the game for the energy industry by making blockchain accessible in this way. Traditionally paper and email based, energy may have been an unusual choice for BTL's expertise, but a perfect one to embrace better organisation and more streamlined trading processes.

CIO and Co-founder of the business, Hugh Halford-Thompson, boasts a computer science background and over six years of experience in the blockchain space. After running a bitcoin brokerage for some time, he decided to leverage the blockchain technology behind bitcoin for enterprise applications. In short, he wanted to discover a way of speeding up global payments with real money while reducing settlement times and reconciliation issues between banks.

“I realised there must be about a trillion dollars in money that had been sent but not yet received by people and businesses around the world,” Halford-Thompson explains. “It turned out there's even more tied up in money that is owed but not yet invoiced for, because we don't even know how much is meant to be sent due to reconciliation issues. Our pilot project with Visa showed that there was a real reconciliation problem between banks, so we've taken that concept and expanded it into other areas – the most developed of which is our energy project, which has been going really well. This is really a way of setting a new standard in a post-trade space, initially in the gas industry.”

After establishing that several energy businesses could work well not just together, but with a startup, phase two – OneOffice – kicked off in December 2017 as production run. At the end of this segment in June, BTL will conduct a parallel run through the entire back-office process, beginning at confirmation. However, it's in everything after the initial trading agreement that BTL truly adds value with its platform.

“There are three pillars that Interbit is built on as a blockchain,” says Halford-Thompson. “The three pillars are privacy, scalability, and perhaps most importantly, ease of adoption.” Ease of adoption, particularly in an industry like energy where blockchain is a less familiar concept, is key. For any business, trying to hire experts in specific fields such as this is nigh on impossible – so what did BTL do? Implement a familiar, simple-to-use code. “We built Interbit in JavaScript, which has been around for years,” the CIO explains. “It's very easy to build, maintain and support applications using that, and most of our clients will already have an internal team, and existing software libraries, to help them, making it easy to adopt and following existing programming patterns.”

For the other two pillars of privacy and scalability, BTL has ensured that Interbit blockchains can be connected together – without that, privacy and scale are unachievable. The analogy Halford-Thompson offers is that to reach a certain amount of scale with a traditional system, one wouldn't simply get a bigger server, but rather a series of servers working in parallel. “The same is true with Interbit and the blockchain space,” he continues. “You can get lots of blockchains working in parallel, joining up and sharing where relevant. You also need to be able to segregate the data – which is where privacy comes in – and make sure only the right people are able to see it. You can only do that by segregating chains, and with Interbit you don't lose any features.”

The way BTL deals with data management better than most is by giving the businesses using Interbit a shared space. Traditionally, two trading counterparts sharing data, perhaps also with a third party, would each hold a copy of that data and notify one another on updates. Inevitably, they end up falling out of sync, but with Interbit BTL has created what is essentially a co-hosted server between different counterparts where any party can add data and the system retains its harmony. “That allows for very strong redundancy and a very strong audit trail, with different physical servers and parties storing it whilst getting rid of reconciliation efforts by literally providing that shared space between two companies,” says Halford-Thompson.

BTL's role is to essentially remove the behind-the-scenes issues that any trade operation experiences. A money transfer takes several days, and banks can't predict how long, because even they don't always know. Those issues are to do with data reconciliation, and this being a prevalent problem in the energy sphere made the industry a clear choice for BTL. “In energy, before an invoice is generated and the payments kicked off, they've already done their trade together and after that there's a whole bunch of data points to get collected. By the time an invoice gets sent out, there are often disputes,” Halford-Thompson explains. “That's the data reconciliation issue. Having a blockchain means getting rid of the reconciliation efforts and errors that come up.”

Energy companies generally lack automation, so moving their processes to blockchain immediately de-clogs the issues inherent in their industry. While its needs are less than many other markets, it is an industry overdue rejuvenation, and the ability to have thousands of chains of data communicating with BTL's Interbit platform is a breath of fresh air for a somewhat out-of-date collective.

For BTL, however, this is just the beginning. As the company continues to establish the effectiveness of Interbit on the energy industry, Halford-Thompson and his team look forward to getting involved with other prospects and chasing the way that blockchain is moving beyond being simply a buzzword. “Blockchain is going to transform a whole load of different industries in various developments,” he says. “Whole markets can be transformed at one level, so people form a consortium – like we have in the gas space – and they'll look at creating something together that potentially eliminates a central party and restructures the way contracting trades are done.”

Halford-Thompson concludes: “It's not an easy thing to get large corporates to work with small startups – from both sides that can be difficult – but once our documentation is out at the end of Q1, it will show how you can build blockchain using JavaScript to meet the privacy and scalability needs of an enterprise, and that enables a whole wave of applications to be built out, adopted and deployed by companies themselves. Soon enough it'll be a case of people getting left behind if they're not exploring blockchain, and with banking and energy leading the way, others will jump on board a lot quicker because we've helped to provide the template.”