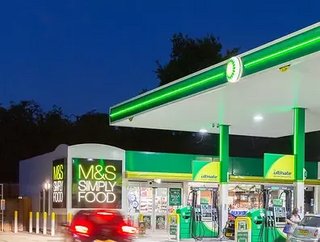 What a difference a year makes. In Q2 2020 bp recorded a $17.7 billion loss but it rebounded to a $2.8 billion profit for Q2 2021. After halving its dividend a year ago, it announced a 4% dividend increase yesterday and unveiled a $1.4 billion share buyback in results released yesterday.

bp produced the equivalent of 3.2 million bpd in the first half and it's no coincidence that the uptick in bp's performance has coincided with prices rising from $40 to $70 over the last year; Net debt fell to $32.7 billion at the end of Q2.

Operating cash flow totalled $5.4 billion, including $1.2 billion pre-tax of Gulf of Mexico oil spill payments within a working capital build of $0.5 billion, and $2.5 billion in cash savings was recorded on a run-rate basis relative to 2019. With economies eager to accelerate growth after the pandemic, 'black gold' more than wind turbines or solar panels will get us back on track. bp anticipates demand recovering on the back of a bright macroeconomic outlook, increasing vaccination rollout and gradual lifting of COVID-19 restrictions globally.

Oil demand is expected to return to 2019 levels by late 2021 to early 2022, depending on the duration of lockdowns and the pace of GDP recovery. Based on McKinsey's Global Energy Perspective reference-case demand insights, current OPEC+ intervention will be sufficient to help balance the market in 2021, with prices remaining at a sustained level of $50-$55/bbl through to 2025.

If GDP growth recovers faster than expected, it forecasts a near-term price increase at more than $55/bbl. However, if demand recovers slower than expected or if OPEC+ stops cutting output, prices could be depressed or highly volatile for the next three to four years.

Perhaps most tellingly, while most offshore-oil-producing regions are under pressure in an accelerated energy-transition scenario, the sector will still require new production of nearly 23 MMb/d to meet demand after 2030.

bp, like every oil major, resembles two companies in one. An oil company that's focused on extracting as much value for shareholders for the foreseeable future, while being repurposed as a renewables operator, or an 'integrated energy company' as it calls it.

It has continued to significantly expand its renewables pipeline, buying a 9GW solar development pipeline in the US. Lightsource bp also continued to expand, growing in Portugal, Spain, Greece and Australia. bp confirmed its intention to bid for offshore wind leases in Scotland with EnBW and in Norway with Statkraft and Aker. Globally, there was $174 billion of new investment in renewable energy in 1H 2021, an all-time high for a first half, according to BloombergNEF data.

Last week bp alongside BT, Direct Line Group, Royal Mail, ScottishPower, Severn Trent and Tesco, came together to accelerate the mass adoption of electric vehicles (EVs) across the UK. bp aims to double the size of its pulse charging network across the UK by 2030.

In the US, bp agreed to take full ownership of the Thorntons business, which is expected to complete in Q3, positioning bp to be a leading convenience operator in the Midwest US. It has eight strategic partnerships, designed to create low carbon integrated businesses.

'Energy transition' usually refers to the change from fossil fuels to renewables, but we're in a phase where 'energy duality' may be more appropriate, where the world remains stubbornly wedded to oil while courting new technologies and sustainable energy sources. bp is 'performing while transforming', to quote its marketing slogan.