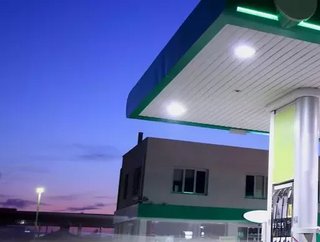 The oil giant aims to reduce its fossil fuel portfolio through its beefed-up net-zero and sustainability strategy...

The oil giant aims to reduce its fossil fuel portfolio whilst riding the wave of the global energy transition.

Centered in the United Kingdom, BP is the fourth-largest oil and gas company by revenue in the world, and rather than trying to strengthen its involvement with fossil fuels, BP has instead announced its commitment to the environment and its plans to become an ‘integrated energy company’.

It aims to become ‘a very different kind of energy company’ through the concept of sustainability.

The company is set to invest in clean energy and technology whilst reducing its oil and gas production by around 40 per cent following record losses during Q2 2020, primarily as a result of the COVID-19 pandemic.

The ultimate goal of the company’s plan and strategy is to become a net-zero company by 2050. Its competitor Royal Dutch Shell, which is part-based in the UK, has already announced plans to become net-zero by 2050 or before, with a long-term sustainable ambition.

As part of the strategy, BP is set to immediately increase its spending on various types of ‘low carbon investments’ including clean electricity, carbon capture technology, and renewable energy sources such as hydrogen. In addition, the company has said it will increase its focus on bioenergy and storage and mobility.

Currently, BP invests in the above energy trends and technologies up to a value of around $500mn. The company has revealed that it will increase its investment by ten-fold, reaching $5bn annually to help tackle climate change.

The company has also announced that it’s driving away from upstream oil and has production, and aims to reduce emissions from the practice by just over a third by the end of the current decade.

The company’s Chief Executive, Bernard Looney, said the strategy provided a "comprehensive and coherent" approach to the delivery of the ambition which was first revealed by BP at the beginning of the pandemic, back in February this year.

Looney also echoed his views on the next decade and how it is "critical for the world in the fight against climate change".

"In the years ahead, BP is going to significantly scale-up our low-carbon energy business and transform our mobility and convenience offers," Looney said.

"We will focus, and reduce our oil, gas and refining portfolio. And, as we drive down emissions on our route to net zero, we are committed to continuing to deliver long-term value for our stakeholders.”

Andrew Grant, Head of Oil & Gas at Carbon Tracker, said the firm had "radically changed the game". "In the arms race of emissions announcements, most oil and gas peers have conveniently ignored the global need to produce and use less oil and gas," he said. "BP's production cut of 40 per cent by 2030 makes them unquestionably the industry leader."

The strategy comes just a day after the Australia subsidiary of Shell announced its acquisition of project carbon offsetting specialist, Select Carbon.