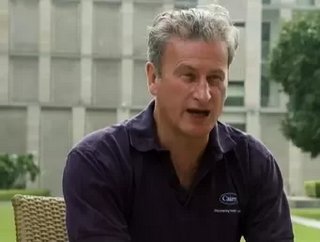 Cairn Energy has escalated its tax dispute with the Government of India by freezing Indian state-owned property in Paris, according to the Financial Times.

It reports a French court has authorised the Edinburgh-based oil producer's application for an asset freeze that would transfer ownership of 20 Paris properties, valued at over €20 million, from the Indian government to the company.

Delivering an AGM statement in May, Simon Thomson (pictured), Chief Executive of Cairn Energy, said: "In December last year the tribunal established to rule on our claim against the Government of India found in Cairn’s favour and awarded us damages of $1.2bn plus interest and costs. This ruling is binding and enforceable under international treaty law. Whilst India has sought to challenge the basis of the award through set-aside proceedings in the Dutch courts, we remain confident of our position and continue constructive engagement with the Government of India whilst at the same time taking all necessary actions to protect our rights to the award and access the value of it as early as possible."

Cairn has taken this latest step after failing to receive the damages, plus interest and costs, according to Alliance News, quoting the newspaper, and has identified $70 billion in worldwide assets that it may attempt to seize as long as the Indian government refuses to pay.

Cairn's claim was brought under the terms of the UK-India Bilateral Investment Treaty, the legal seat of the tribunal was the Netherlands and the proceedings were under the registry of the Permanent Court of Arbitration. The tribunal ruled "unanimously that India had breached its obligations to Cairn under the UK-India Bilateral Investment Treaty and that compensation was due", it states.

Addressing the jurisdiction of the arbitration, the tribunal ruled that the dispute was within the scope of the Treaty and other relevant legal parameters. It further ruled that the application to Cairn of the retrospective tax amendment introduced by the GoI was “grossly unfair” and in breach of the “Fair and Equitable Treatment" standard of the Treaty, according to Cairn.

A video posted on its website in 2019 celebrates 10 years since the first oil was drilled from Mangala oil field, Rajasthan. The commentary states: "The changes inspired by Cairn have inspired business opportunities and investment for local communities and the jobs and social programmes created here will sustain the desert people of Barmer for years to come."

In March, Cairn announced with Cheiron, the proposed acquisition of Shell’s Western Desert assets for $646 million ($323 million net to Cairn), with additional contingent consideration of up to $280 million ($140 million net to Cairn), dependent on certain requirements, which is due to complete in the second half of 2021. Following the sale of interests in Senegal, it returned $250 million to shareholders.