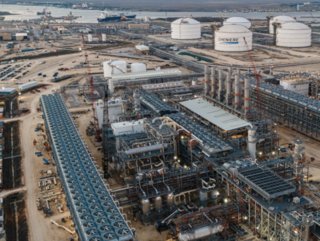 Commissioning is complete and Bechtel, Cheniere’s engineering, procurement and construction partner, has turned over control of Train 6 to Cheniere Partners.

“The accelerated completion of Train 6 once again reflects the world-class standard of execution consistently achieved by the Cheniere and Bechtel teams, and we are proud to have the six-train vision of Sabine Pass completed safely, ahead of schedule and on budget,” said Jack Fusco, Chairman, President and CEO of Cheniere Partners.

“With nine total trains across both the Sabine Pass and Corpus Christi projects, the Cheniere liquefaction platform is the second largest in the world, reliably providing our global customer base with clean, secure and affordable energy. We look forward to opportunities to build upon our platform with disciplined, brownfield growth at both sites in the future.”

With the achievement of Substantial Completion, financial results of liquefied natural gas sales from Train 6 going forward will be reflected in the statement of operations of Cheniere Partners and its applicable affiliates, Fusco added.

“Cheniere Partners plays a vital role in delivering reliable and safe energy to communities around the world,” said Brendan Bechtel, Chairman and CEO of Bechtel. “For us to be involved in supporting the development of these extraordinary projects is a great source of pride, and we are honoured to help bring Cheniere’s vision to reality.”

“We have built a great partnership, based on trust and shared goals, that continues to deliver cleaner and more affordable energy for an ever-rising global demand for lower-carbon alternatives,” concluded Paul Marsden, President of Bechtel Energy.