China has not introduced tariffs on US-imported LNG 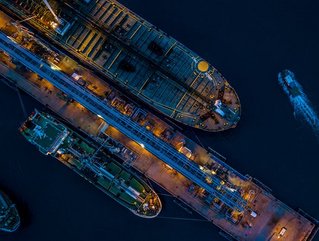 China has opted to not include liquefied natural gas (LNG) in its list of products to impose import duties on from the US...

China has opted to not include liquefied natural gas (LNG) in its list of products to impose import duties on from the US.

It is anticipated that China may have prevented implementing tariffs on the fuel as to potentially use it later if the trade war continues.

“If the (trade) war escalates, (I expect) the government will not hesitate to add LNG,” the Business Times reported an unidentified state oil and gas Executive stating.

It is also expected that the nation is hesitant to apply duties to LNG as it targets a transition from traditional coal-powered fuel to alternative methods.

China aims to transition millions of houses and businesses to alternative energy, such as LNG, in a bid to tackle its issues with air pollution.

The nation has implemented around 25% tariffs on 545 US goods worth approximately US$34bn on 6 July, including commodities such as soybeans and cotton.

“If we impose tariffs on US LNG, we pay a much higher opportunity cost,” stated Mei Xinyu, a thank tank researcher affiliated with the Commerce Ministry, Reuters noted.

“It is easier for China to switch into other suppliers in the soyabean market. Duties on soyabeans hurt the US more, but duties on energy products would hurt both sides.”