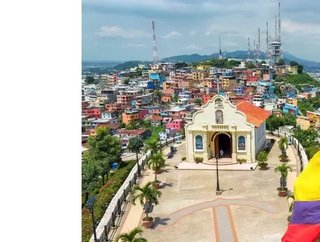 A consortium comprising Hyundai Engineering, KBR Inc, RGFx Initiatives and Energlobal Investment Group has expressed an interest in a contract to renovate Ecuador’s 110,000bpd Esmeraldas refinery, according to the country’s energy minister.

Speaking on January 5, Energy Minister Rene Ortiz says the consortium plans to receive financing from Morgan Stanley and has until February to present a final bid for the project, according to a timeline presented by the energy ministry.

The government is set to make a final decision on awarding the contract in March, ahead of an April signing. The deal is part of President Lenin Moreno’s efforts to boost private investment in Ecuador’s struggling economy.

Last year, Ortiz announced that the Ecuadorian government was searching for a private company to invest around $2.4 billion into the refinery, which is owned by PetroEcuador, the state-owned oil company.

President Lenin Moreno is set to leave office in May, following presidential elections next month.

Neither authorities nor representatives of the four companies who attended a press conference clarified how much the consortium expected to invest, or the fees the consortium would receive for eventually delivering refined products to the state for domestic sale.

The Esmeraldas refinery has been operating sporadically for many years as it has been beset with faulty maintenance issues. In July 2020, President Moreno granted exceptional authorisation for PetroEcuador, under decree 1904, to operate the refinery in conjunction with a private-sector partner.

The ministries of non-renewable natural resources, economy and finance were tasked with coming together to define the contractual mechanism for the investor, who would have to participate at its own risk to improve the refinery’s operations and the quality of fuel it produces.

"This is not a process of monetization, it is a process of transfer and delegation of part of the operations of the Esmeraldas refinery, which still belongs to the Ecuadorean state," oil Minister Rene Ortiz said in a statement at the time.