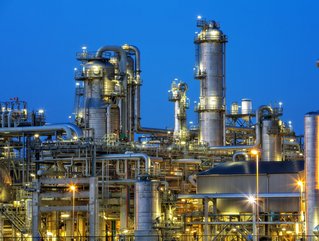 Since their discovery in 2015 by Italian energy company, Eni, Egypt’s vast reserves of natural gas have become a key element of i...

Since their discovery in 2015 by Italian energy company, Eni, Egypt’s vast reserves of natural gas have become a key element of its plan “to establish itself as a key energy exporter and revive its flagging economy”, according to a report by News24.

Former Egyptian oil minister, Osama Kamal, has confirmed that the country “has a plan to become a regional energy hub". This year, Cairo has signed exportation deals for natural gas with Israel, Cyprus, and Greece. In addition to cultivating a booming export industry, News24 reports that Egypt has “also been able to halt imports of liquified natural gas, which last year cost it some $220 million per month”.

In September, Egypt and Cyprus signed a deal to create a partnership through which Cypriot-produced gas will be pumped via a new pipeline to Egypt for processing before being shipped to Europe. Similarly, in February, Egypt “inked an agreement to import gas from the Jewish state's Tamar and Leviathan reservoirs”. A disused pipeline connecting Ashkelon and Sinai has been purchased by a US-Israeli consortium. Osama Kamal said the deal “guarantees the protection of Egyptian interests”.

Ezzat Abdel Aziz, former president of the Egyptian Atomic Energy Agency, also praised the deal, calling them "of vital importance for Egypt", and that it would "confirm the strategic importance of [the country] and allow it to take advantage of its location between producing countries in the east and consuming countries of the West".

On November 13th, Hala Zawati, the Jordanian minister of energy and material resources, announced the country’s plan to increase its natural gas imports from Egypt, eventually using the country’s reserves to cover a third of its total demand.

Qatar Petroleum to invest $20bn in US oil and gas fields

According to reports by the Egypt Independent and Reuters, “Jordan began importing natural gas from Egypt two months ago but increasing imports significantly would depend on construction of a pipeline between Jordan and Iraq which has yet to be built”.

By 2019, Zawati estimated Jordan would consume 350M cubic feet of Egyptian gas per day. She continued that “we’ve had discussions with Iraq that started years ago. It was approved by the Jordanian cabinet, and now we are waiting for the Iraqi side to start working on the pipeline.”

Egypt’s goals for energy sector transformation are not limited to its large natural gas reserves. The Lebanon Daily Star reports that “petroleum and Mineral Resources Minister Tarek al-Molla recently announced a deal to expand the Midor refinery in the Egyptian capital to boost its output by some 60 percent”, as well as the confirmation that “the new Mostorod refinery in northern Cairo is set to produce 4.4 million tons of petroleum products a year after it comes online by next May”.

In addition to eliminating its natural gas imports, Egypt plans to use these new projects to reduce its dependence on petrochemical imports, which “last year cost it some $5.2B”.