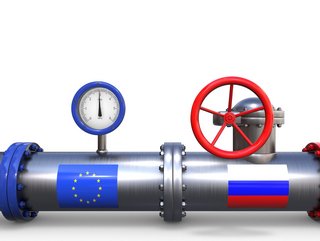 Europe plans to phase out Russian supply of crude oil within six months and refined products by the end of the year, the EU President said today

The EU plans a complete import ban on all Russian oil, including seaborne and pipeline, crude and refined, President Ursula Von der Leyen confirmed in a speech today.

Europe plans to phase out Russian supply of crude oil within six months and refined products by the end of the year.

"In the last sanction package, we started with coal. Now we are addressing our dependency on Russian oil," she said.

"Let us be clear: it will not be easy. Some Member States are strongly dependent on Russian oil. But we simply have to work on it," she said.

Germany currently gets a quarter of its oil and 40% of its gas from Russia and has warned that it could face a recession if supplies suddenly stopped.

"We will make sure that we phase out Russian oil in an orderly fashion, in a way that allows us and our partners to secure alternative supply routes and minimises the impact on global markets," she added. "Thus, we maximise pressure on Russia, while at the same time minimising collateral damage to us and our partners around the globe. Because to help Ukraine, our own economy has to remain strong."

Ukraine's GDP is expected to fall by 30% to 50% this year alone, she added, and the IMF estimates that, from this month onwards, Ukraine needs €5bn each month to keep the country running, paying pensions, salaries and basic services.

She said with these new restrictions, Europe is depriving the Russian economy from its ability to diversify and modernise. "Putin wanted to wipe Ukraine from the map. He will clearly not succeed. On the contrary: Ukraine has risen up in unity. And it is his own country, Russia, he is sinking," she said.

As Russia’s crude supply diminishes from the market, the supply deficit would widen. Even if all Gulf nations agree to beef up output, Russian supplies would not be fully replaced, according to Acuity Knowledge Partners.

In addition, the cushion of spare capacity would be exhausted, resulting in any small change on the supply side having a magnified impact, commanding a higher risk premium.

"The worst-case scenario (currently the most probable outcome as things stand) would be that none of the larger producers agree to enhance output," it states. "As such, we are looking at a scenario of US$100/barrel as the floor, with higher volatility and upside depending on geopolitical developments."