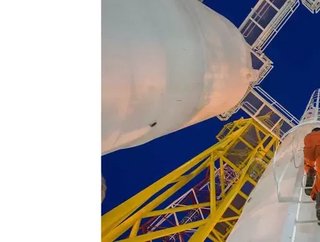 Fund will not support any investments linked to fossil fuels, including natural gas, with nuclear energy investments also stopped...

The European Union’s flagship fund to wean regions off fossil fuels will not finance natural gas projects, bringin an end to a debate over whether to make the fuel eligible for support, according to a Reuters report.

Although natural gas emits roughly 50 percent less CO2 than coal when burned in power plants, it is associated with leaks of methane, a potent greenhouse gas.

Envoys from the EU’s 27 member countries endorsed the deal on December 16, 2020, which was struck between EU governments and the European Parliament last week. Under the terms of the deal the fund cannot be used to support any investments linked to fossil fuels, including natural gas.

The Just Transition Fund will not back investments in nuclear energy either, the report adds.

Some EU countries and lawmakers have pushed to secure support for gas, with some stating that the final deal is a trade-off, which has secured a gas-free Just Transition Fund in exchange for letting gas projects receive a smaller amount of funding under certain conditions from a separate European Regional Development Fund.

The Just Transition Fund will have £15.7 billion from both a coronavirus recovery fund and the EU’s budget for 2021-27. The money is meant to attract further private sector cash to support green industries and retrain workers from polluting sectors.

The Just Transition Fund will target regions dependent on most-polluting fuels, such as coal and peat, with Poland, Germany and Romania expected to be the biggest beneficiaries.

The fund is the first pillar in the Just Transition Mechanism, which is equipped with £36 million – an amount that corresponds to fresh money made available to support EU countries in their transition, out of which £9 billion should come from budget appropriations, while the remaining additional resources of £36 billion, covering the period from 2021 to 2024, will constitute external assigned revenue stemming from the European Recovery Instrument.