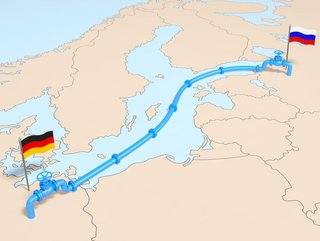 Russian President Vladimir Putin has raised the energy stakes by announcing all foreign buyers of Russian gas will have to pay in roubles via a Russian bank account from April 1, or have their contracts cancelled.

Germany, Russia's largest EU customer, said it marked "a breach of the private-sector supply contracts", while France plans to cut Russian gas deliveries. In a joint declaration on Monday, the G7 countries rejected payment in roubles.

Germany's Federal Ministry for Economic Affairs and Climate Action has enacted the early warning level with the Emergency Plan for Gas as a precautionary measure, and ensure security of supply continues.

"The crisis team analyses and assesses the supply situation so that – if necessary – further measures can be taken to enhance the security of supply. The Federal Government is doing all it can to uphold security of supply in Germany," said Federal Minister for Economic Affairs and Climate Action Robert Habeck.

Meanwhile new data from Carbon Free Europe shows the UK can achieve independence from Russian natural gas, reduce exposure to volatile fossil fuel prices, and reach carbon neutrality by 2050 through a power mix of around 36% of offshore wind, 34% of nuclear, 9% of onshore wind, and 7% of solar, and 1% other resources like biomass, geothermal, and hydro.

Josh Freed, co-founder of the Carbon-Free Europe initiative, said: “The UK Government’s commitment to nuclear new build will help to deliver British energy sovereignty – both from Russian natural gas and from neighbouring countries’ energy policies - and ensure stable prices for the public.”

Lindsey Walter, co-founder of the Carbon-Free Europe initiative, said the UK is well-positioned to achieve net-zero emissions by 2050 if inclusive policies enforce an all-of-the-above carbon-free energy mix, and proper investment is made to scale up the necessary technologies and transmission lines required in a net-zero world."

"Electrification of buildings, including the replacement of natural gas boilers with heat pumps, will mean an upfront cost for consumers, but will be a crucial strategy to rapidly reduce the UK's reliance on natural gas and ensure stable, lower energy bills," she said.

After consultation with allies and partners, US President Joe Biden will announce the largest release of oil reserves in history, putting 1mn additional barrels on the market per day on average – every day – for the next six months. This record release will serve as bridge until the end of the year when domestic production ramps up.

President Biden is coordinating this action with allies and partners around the world, and other countries are expected to join in this action.