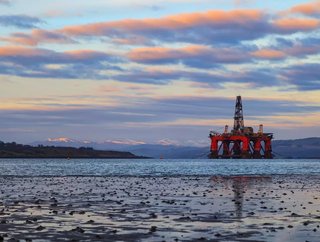 Friends of the Earth report says UK continues to support coal, oil and gas at home and overseas, days before the start of COP26 in Glasgow

Fossil fuel companies are planning to seek approval for damaging new coal, oil and gas extraction projects in the UK by 2025, a new study has found.

According to research from Friends of the Earth England, Wales and Northern Ireland (EWNI) and the New Economics Foundation, 30 offshore oil and gas projects, as well as seven onshore developments and three coal mines, are currently in the pipeline across the country, despite their incompatibility with global efforts to keep temperature rise to 1.5 degrees.

The findings, published today as part of the report Tip of the Iceberg: The future of fossil fuel extraction , lay bare the UK’s continued support for coal, oil and gas at home and overseas just days before it is due to host international climate talks in Glasgow. Combined, these 40 developments are projected to emit almost triple the UK’s yearly greenhouse gas emissions over their lifespan; equivalent to 1.3 billion metric tonnes of CO2.

Not only is this at odds with the government’s claimed climate agenda, but a report  it commissioned by the International Energy Agency (IEA) said that no new fossil fuel developments should be approved if ambitions to keep global heating below 1.5C are to be met.

Earlier this week, the authors of a landmark study  which found that the vast majority of coal, oil and gas must remain in the ground to make 1.5C a reality, said that the UK government must “immediately halt any new extraction projects.”

Three controversial fossil fuel projects currently under consideration in the UK include:

Analysed for their combined climate impacts, they could emit four times more climate-wrecking greenhouse gases than all the UK’s cars produce in a year, the same as 295 million tonnes of CO2.

The new report also explores how the UK continues to support fossil fuel extraction overseas. New estimates have found that a gas mega-project in Mozambique, which the government pledged $1.15bn towards, could emit up to 4.5bn tonnes of climate-wrecking greenhouse gases over its lifecycle, more than the combined annual greenhouse gas emissions of all 27 EU countries. Funding this project only exacerbates the climate impacts faced by one of the world’s most climate vulnerable countries.

That’s why Friends of the Earth and the New Economics Foundation are today calling on the UK government to end its support for fossil fuels at home and overseas once and for all, by ruling out all new developments and withdrawing financial support for the Mozambique liquified natural gas (LNG) project. A roadmap detailing how it intends to phase out developed fossil fuel extraction would also prove that its so-called commitment to curbing climate catastrophe is more than mere words.

And as a country better equipped to transition away from coal, oil and gas than poorer nations, it is even more important that the UK does its fair share to phase out fossil fuels quickly, and support other countries to do the same.

Danny Gross, campaigner at Friends of the Earth, said: “The science is clear that to prevent climate breakdown, no new coal, oil or gas extraction projects can be approved. The government is failing to listen to this simple truth.

“It’s in the industry’s interests to push through new developments because it knows the writing is on the wall, but it’s up to government to put our ailing planet and the people on it first.

“It’s going to be an embarrassing UN climate conference for the Prime Minister if he doesn’t end support for new fossil fuel extraction projects, here and elsewhere, immediately. The UK can’t sit on its high horse demanding other countries reduce emissions without doing the right thing first.”

"It says it wants to ‘keep 1.5C alive’, but as this report shows it is supporting new fossil fuel projects at home and abroad, which are completely incompatible with that target," she said. “If it wants to be taken seriously as a climate leader, and meet its own climate targets, it must immediately end support for fossil fuels, help poorer countries do the same, and ensure a just transition for workers by creating good, green jobs.”

A manifesto has been unveiled to deliver a green industrial revolution in Scotland with more than 5,000 new jobs, a major fabrication yard, and the equivalent of up to £15 billion investment in floating offshore wind.

As partners, Ocean Winds and Aker Offshore Wind have launched a 10-point plan to create a skilled workforce and manufacturing opportunities through the supply chain for generations to come.

At the heart of the plan is the establishment of a major manufacturing plant in Scotland for the fabrication and assembly of giant steel floating structures, which would then be installed in the deep waters of the North Sea.

It would be the largest industrial innovation in Scotland since the dawn of the oil and gas sector, positioning Scotland as a global leader in clean energy.