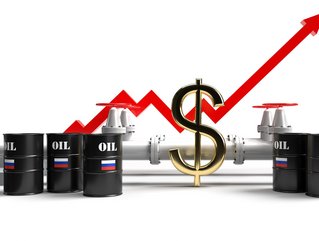 Gas prices may stay high for years although a range of factors should bring oil prices down by the end of the year, according to the Centre for Economics and Business Research (CEBR).

Oil is an international market, the commodity is very transportable and production can be stepped up in months, and stockpiles can be released - all of which should work to bring prices down by the end of the year, the CEBR states. It warns western sanctions on purchasing Russian oil can only have a limited effect because the Russians can sell, if typically at a discount, elsewhere.

"We expect demand for oil to fall as a result of both the direct impact of higher prices and also the impact of weaker GDP growth," said Chief Energy Adviser Mike McWilliams.

The US State Department can pressure Middle East producers to increase supply by around 1.5mn bpd, and the Baker Hughes rig count this week had risen to 670, not far off the pre-pandemic level, suggesting some recovery in US domestic supply as well.

It’s hard to see the current price of oil being sustained for long given all the factors at play that should bring it down, he added. The forward market for oil is predicting Brent crude below $90 in 2024 against this morning’s (31 March) spot price of $107.60. Moreover, much of that fall is forecast by December 2022. Our model’s central results are very close to that predicted by the forward market.

The gas market, however, is more regional and gas is much more difficult to trade with the need for specialised terminals both to load and to unload, though LNG shipments are likely to increase. European prices tend to be equalised by interconnectors. Ethane, LPG and naphtha together account for 70% of the projected increase in oil product demand to 2026, according to separate IEA forecasts.

"Many parts of Europe, especially Eastern Europe, Austria Germany and Italy, are very dependent on supply from Russia," added McWilliams. "Europe has to chose between facing a recession and continuing to buy Russian gas."

There is potentially a crunch coming since Russia has announced that it will only accept payments in rubles for gas. Germany has said it will rather face recession than pay in rubles and has prepared for gas rationing. It has also announced that it will build two LNG terminals and Shell has already booked space on the first one, which is being expedited.

But until terminals are built and operating and demand is reduced, In all probability there will be a bit of both.

"So there is some hope for early relief at the petrol stations," concludes McWilliams. "But the cost of heating your house on gas may well stay up for years rather than months. We expect on most scenarios that in five years’ time prices of both oil and gas will be noticeably lower than today. But developments after that will depend much more on the scale of progress to net zero than simply on the impact of sanctions."