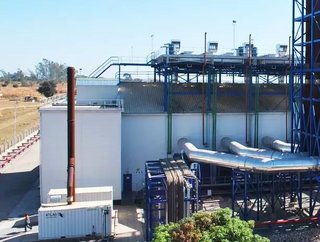 The $400m project, among the largest energy infrastructure deals in the country, and a key pillar of its Gas Monetization Strategy, will be built in three phases and completed in 2023. The first phase, covering 50MW, will be ready in 16 months and the second and third phases finished within two years.

Structured as a PPP, and funded by 70% debt and 30% equity, Electricidade de Mocambique (EDM) holds the initial public interest and will be the main purchaser of the electricity generated.

Excess supply from the new Nacala facility will be exported to other markets through the South African Power Pool (SAPP).

Mamadou Goumble, CEO Energy Business, JCG, said it marked an historic milestone for the region and would "change the lives" of Mozambicans. "Power and development go hand-in-hand, and we are so proud to play our part in supporting the communities of Nacala and the entire region of southern Africa."

GL Africa Energy aims to generate 1000MW across the continent by 2025.

At 187GW, Mozambique has the largest power generation potential in Southern Africa from untapped coal, hydro, gas, wind and solar resources. Hydropower currently accounts about 81% of installed capacity. However, natural gas and renewable energy sources occupy a growing share of Mozambique’s energy mix, according to US Aid.