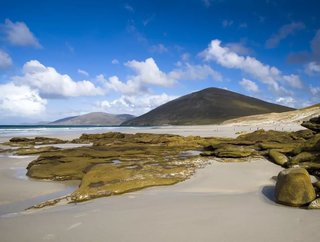 E&P companies are putting de-risking strategies in effect due to the market downturn in 2020, notes GlobalData

Harbour Energy’s intention to streamline its portfolio by focusing mainly on North Sea assets is noteworthy because its includes the option to exit the $1.8bn Sea Lion project in the Falkland Islands - and is one example of E&P wariness for new remote oil markets, according to GlobalData.

It notes that many E&P companies are putting de-risking strategies in effect due to the market downturn in 2020, which is causing an issue for the Falklands Islands Government, as new remote oil markets are less likely to be desirable.

Effuah Alleyne, Senior Upstream Oil & Gas Analyst at GlobalData, said the downturn and de-risking through diversification and streamlining has led many E&P companies to re-evaluate their portfolios. "Add in political pressure and environmental considerations, and you get the situation faced by the Falklands," she said.

"The Falklands Islands Government had completely committed to the oil sector, but its efforts have unfortunately come at a time where E&P company investment strategies are focusing on low-risk, high-margin and capital-efficient projects. With the industry trending towards energy transition and low-carbon projects, it will be challenging for new remote oil markets.”

Harbour Energy, which was formed in March 2021 through an all-share merger between Sea Lion operator Premier Oil and Chrysaor Holdings, was a move by Premier to boost its North Sea assets and reconcile its mounting debt.

However, Premier’s debt troubles did not fare any better when the Sea Lion development was stalled after Brent Crude oil prices dropped as low as $18.38/bbl in 2020. Phase 1 of the project, with a development breakeven oil price of $39.50/bbl, was projected to come online in 2025 and is under review to restart.

Alleyne added Harbour Energy’s potential exit of Sea Lion can cause further delay to the project, which will not be good news for the Falklands Islands Government.

"The government continues to show commitment to the project, including extending Harbour Energy’s North Falkland Basin petroleum licences to include the Sea Lion discovery area until 1 November 2022 with no additional licence commitments," she said.

In addition to facing fluctuating economic conditions, E&P companies in the Falkland Islands have to contend with political pressure from the Argentine Government, which claims sovereignty from the UK over the islands calling to oil and gas activities, citing ‘unilateral acts contrary to international law’.

UK Overseas Territories recently made a climate change pledge. The Falkland Islands are in the midst of a general election; post-election, it is anticipated the islands will agree the pledge.

"As coastal and island communities, our economies rely upon maintaining healthy, sustainable marine and terrestrial environments. We commit to take action to protect our fisheries resources and to conserve and, wherever possible, restore our marine ecosystems and biodiversity," it stated.

Harbour Energy is aiming to be net zero by 2035.