How has Hurricane Harvey impacted the United States energy sector? 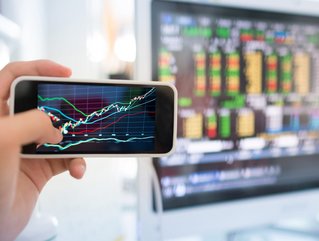 Hurricane Harvey has had a devastating effect on the Texas Gulf Coast and for millions of people life will never be the same again - but on a wider s...

Hurricane Harvey has had a devastating effect on the Texas Gulf Coast and for millions of people life will never be the same again - but on a wider scale it has also had a huge impact on the United States energy sector.

The oil and gas industry has been heavily disrupted with dozens of platforms shut down and evacuated, whilst plants and refineries have also been closed.

"Because it is a slow-moving storm, it (Harvey) is dropping massive amounts of water on the region. As a result of the flooding, a large amount of refining capacity is offline meaning that gasoline production is severely curtailed," William O'Loughlin, investment analyst at Rivkin Securities, told Reuters.

The US Bureau of Safety and Environmental Enforcement estimated that platforms accounting for about 22 percent of oil production and 23 percent of natural gas output in the Gulf had been shut down, although some have now reopened.

Around a third of US refining capacity sits in low-lying areas along the Texas and Louisiana coast, so the markets have also been affected with US gasoline futures reaching a two-year high of $1.7799 a gallon.

According to an analyst from FX Pro: "Although the full impact of the storm's damage is yet to be determined, the markets expect the impact will be felt globally and affect energy markets for many weeks."

The US Dollar also sank to its lowest level in almost a-year-and-a-half today with the storm being blamed as being negative for economic growth.

Analysts from Goldman Sachs, speaking to the Financial Times, said: "Information on the extent of the damages incurred by the oil and gas infrastructure remains limited at this point.  Nonetheless, data available so far points to sizeably larger refining than production disruptions.

Nobody is sure how much of an impact this is going to have yet but what is quite clear is that it’s certainly going to have an impact on the US and probably globally as well.

Robin Mills, writing in The National, suggested: “This hurricane is an important test of a transformed US oil industry. It is an opportunity to fix vulnerabilities that it reveals – the exposure of shale oil wells, refineries and the Houston energy complex.

"And it is a warning of the confluence of a warming climate, higher seas and more coastal energy infrastructure. Katrina was largely a US domestic disaster, but the ripples of future hurricanes will spread further into global oil and gas markets."