How high will oil prices rise? 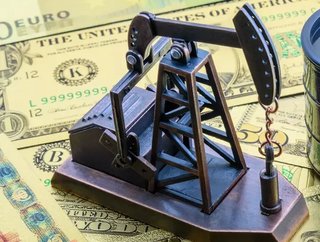 As OPEC+ meeting is abandoned over proposed production hikes, will oil maintain its upward trajectory to $100 or even higher?

After the latest OPEC+ meeting was abandoned over disagreements to extend proposed production hikes, will the market see a return to three-figure prices and more volatility?

The United Arab Emirates said it won’t accept a plan by other members of OPEC+ to extend the group’s agreement to curb oil production beyond April 2022, unless it’s allowed to have a higher baseline for its own cuts.

The price of OPEC basket of thirteen crudes stood at $75.71 a barrel on Monday, compared with $75.21 the previous Friday, according to OPEC Secretariat calculations - a respectable benchmark, when you consider they were languishing at $40 in November. Brent crude oil spot prices averaged $68 per barrel (b) in May, up $4/b from April. So what is the outlook?

"If countries do not see a clear path forward, while prices are strong, the very high compliance achieved to date will weaken," writes Robin Mills in The National. "Iraq has been the least-compliant and remains in desperate need of revenue. Russia has also tested the boundaries of the agreement. Production cuts could crumble slowly, or suddenly evaporate if Riyadh grows tired of subsidising others’ overproduction."

There is also the risk that the current disagreement causes the alliance to collapse altogether, resulting in a "messy free-for-all" as nations add too many barrels to the supply, according to CNN.

The big US shale oil producers have also been surprisingly reluctant to raise production at their usual pace. Currently, 470 US rigs are active, notes Hargreaves Lansdown, which is big increase since last year, but still well below the more than 1,000 which were active in 2018. It pinpoints two reasons. "First, investors are pressurising oil companies to reduce capital expenditure and prioritise renewable energy projects. And second, shale companies don't want to increase their costs only to see the oil price collapse later, as has happened in the past."

More economic activity means more energy consumption as the world goes back to work. But there are some interesting new trends too. For example, weekday car usage in the UK is now back to pre-pandemic levels, as people prefer to use their car rather than public transport.

But rising oil prices mean higher pump prices - the last thing consumers want, after such a turbulent economic period. The average petrol price is 128.7p per litre, the highest since June 2019, with diesel at 132.4p. When lockdowns were introduced last year they fell to as low as 105p and 112p respectively.

Some think that's conservative. Oil prices could “very easily” hit $100 a barrel in the aftermath of the failed OPEC+ talks, former US Energy Secretary Dan Brouillette told CNBC on Tuesday. History reminds us that prices can go further; this time 13 years ago, it shot up to $147 - in what was a seven-fold increase in six years amid surging demand from China and geopolitical tensions.

As the world grapples with the pandemic, the EIA estimates that US energy-related CO2 emissions decreased by 11% in 2020 as a result of less energy consumption related to reduced economic activity and responses to COVID-19. In 2021, it forecasts energy-related CO2 emissions will increase about 6% from the 2020 level as economic activity increases and leads to rising energy use.

In a recent trading update, Shell expects upstream production of between 2,225 and 2,300 thousand barrels of oil equivalent per day in Q2. However, any positive impacts from currency effects are expected to be offset by higher underlying opex from increased planned maintenance activities compared with the first quarter 2021, it notes.

Finally, it is worth considering the increasingly important role of renewables, such as wind and solar, in the energy mix. While they are growing fast, they still only represent 5% of world primary energy consumption (compares to 33% for oil and 24% for natural gas).

Oil demand is expected to return to 2019 levels by late 2021 to early 2022, depending on the duration of lockdowns and the pace of GDP recovery, according to McKinsey. Based on its Global Energy Perspective reference-case demand insights, current OPEC+ intervention will be sufficient to help balance the market in 2021, with prices remaining at a sustained level of $50 to $55/bbl through to 2025.

If GDP growth recovers faster than expected, we may see a near-term price increase at more than $55/bbl. However, if demand recovers slower than expected or if OPEC+ stops cutting output, prices could be depressed or highly volatile for the next three to four years.

Long-term equilibrium oil prices have decreased by $10 to $15/bbl compared with pre-COVID-19 outlooks, as driven by a flattening cost curve and lower demand. Under an OPEC-control scenario, in which OPEC maintains its market share, we see a $50 to $60/bbl equilibrium price range in the long term, fueling 10 to 11 MMb/d US shale oil and 11 to 13 MMb/d deepwater production from pre-financial-investment-decision (FID) projects.

While most of the offshore-oil-producing regions will be under pressure in an accelerated energy-transition scenario, the sector will still require new production of nearly 23 MMb/d to meet demand after 2030.