How might Brexit affect the oil and gas industry? 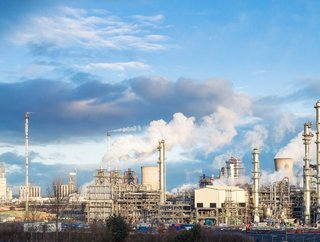 Information in a study commissioned by Oil & Gas UK, which looks at the possible cost of trade for the sector and illustrates where the UK sector...

Information in a study commissioned by Oil & Gas UK, which looks at the possible cost of trade for the sector and illustrates where the UK sector‘s workforce comes from, has been highlighted in a letter to the Prime Minister which focusses on the potential impact of Brexit on the energy industry. The letter was sent to the Prime Minister on Monday.

On trade costs, the data shows:

On labour movement, the data shows:

Deirdre Michie, Chief Executive of Oil & Gas UK, said: “Oil & Gas UK is an apolitical organisation representing a large and diverse membership where there will be a variety of views. While the trade body can’t take a position on Brexit, we commissioned the research because we need to understand the possible impact on our industry - and the possible opportunities - from exiting the EU.

“We also identified other EU policy issues as critical to the oil and gas industry and will require negotiation with European counterparts, as well as discussions at the domestic level between Government, regulators and industry during the Brexit process.

“During the global industry downturn, our industry has continued to focus on increasing its production efficiency, and on its unit operating costs which have improved by almost 50 percent.

“We are becoming a more globally competitive industry, but we continue to be very sensitive to any additional burdens either in relation to cost, or restrictions on the movement of key personnel required for critical operations.

“There are still up to 20 billion barrels of oil and gas to recover from the UKCS and, if properly supported, our already world-class supply chain could double its turnover by 2035.

“Our request of Government is that any change, whether domestic or European, is managed in a manner that minimises risk to the oil and gas industry and provides predictability and clarity wherever possible, through constructive dialogue and consultation.”