IPPR sets out roadmap for winding down UK oil and gas 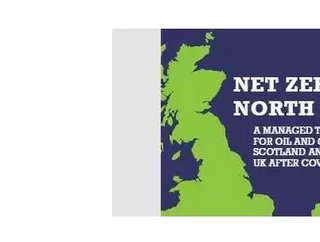 The Institute for Public Policy Research (IPPR) has recommended greater collaboration between Scottish and UK governments if they are to reach binding net zero targets by 2045 and 2050 respectively.

Its Net Zero North Sea: A managed transition for oil and gas in Scotland and the UK after COVID-19 paper outlines four key polices to reduce production under a section entitled 'Winding down oil and gas' - in light of the global pandemic accelerating the collapse in oil prices.

It advises 'bridges to the future' whereby both governments work with local councils to invest in the expansion of local infrastructure and repurposing of oil and gas infrastructure such as pipelines, platforms and old wells, and reskilling and retraining the low-carbon workforce of the future.

Transition initiatives have faced challenges, the report adds. "The Energy Transition Fund has been heavily criticised by workers in the industry for having excessive administrative hurdles to access funding. In addition, the Just Transition Commission in Scotland has lacked the funding, or capacity from the Scottish government to conduct thorough consultation with workers in the oil and gas industry," it notes.

In summary, it states the managed transition must be owned and driven by affected workers and communities, oil and gas companies and trade unions, as well as co-funded by both governments.