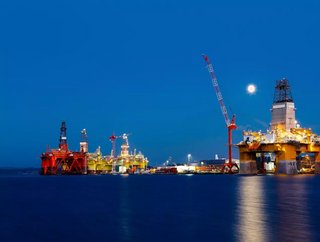 Eni, the Italian energy firm, and HitecVision, the private equity company, have announced the merger of Eni Norge AS...

Eni, the Italian energy firm, and HitecVision, the private equity company, have announced the merger of Eni Norge AS and Point Rescue AS to form Vår Energi AS.

The merger company will focus on exploration and production in Norway, with an anticipated NOK65bn (US$8bn) to be invested over the next five years.

The firm has a wide geographical coverage spanning between the Barents Sea and the North Sea.

“This is a fundamental step ahead in our strategy to reinforce Eni’s presence in OECD countries with further upstream potential, such as Norway,” stated Caludio Descalzi, CEO of Eni S.p.A.

“The high quality of the human capital as well as of the assets in the portfolio, together with the expansion opportunities still available in Norway, will create a significant upside value to the shareholders of the merged company.”

“Eni will bring into Vår Energi its globally recognized capacity to innovate and its best technology, which has enabled us to achieve remarkable results in recent years, through great discoveries and the start-up of these discoveries in a record time”

“We are proud to bring together two E&P organizations that each have a history in Norway going back to the very beginning of our oil and gas industry, with license no. 001 from 1967 and participation from the start in Ekofisk, the first oil field in Norway,” remarked Ole Ertvaag, CEO and Founding Partner of HitecVision.

“After more than fifty years Norway still has very significant oil and gas resources, and the combination of Eni and Point builds on decades of experience to create an all-new company for the decades ahead.”