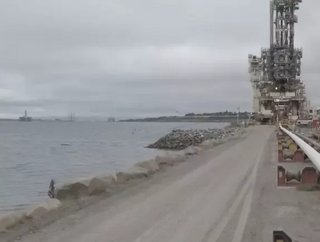 The 37km electrically trace-heated (ETH) pipe-in-pipe solution will transport oil from the field to the Njord A platform, operated by Equinor

Neptune Energy has successfully installed and tested the world’s longest trace-heated subsea production pipeline at its operated Fenja field in the Norwegian sea.

The 37km electrically trace-heated (ETH) pipe-in-pipe solution will transport oil from the field to the Njord A platform, operated by Equinor.

The innovative use of the ETH pipe-in-pipe significantly reduced the potential cost of the development by enabling the field to be tied back to existing infrastructure.

Neptune Energy’s Director of Projects and Engineering in Norway, Erik Oppedal, said completing the installation and testing of the ETH pipe is a great technical achievement and a major step forward in the development of the Fenja field.

"The ETH pipe-in-pipe solution is crucial for extracting the oil, and is a creative, cost-effective approach that permitted us to tie the field back to existing infrastructure. Norway is an important part of Neptune’s geographically-diverse portfolio and this is an excellent example of the company’s commitment to investing in the region and adopting advanced technologies to overcome challenges.”

The ETH pipeline was developed and qualified through a collaborative approach with TechnipFMC. Due to the high wax content of the Fenja field’s oil, the contents of the pipeline must be warmed to a temperature above 28-degrees Celsius before starting the flow after a scheduled shut down or interruption. During normal production, the temperature in the pipeline would be well above this temperature.

Ståle Ryggvik, TechnipFMC’s Project Director, added: “The successful completion of the Fenja ETH pipe-in-pipe installation has been made possible through our unique iEPCI™ project capabilities, close collaboration with Neptune Energy, and by leveraging TechnipFMC’s extensive experience in the technology. This technology has the potential to unlock future developments with challenging reservoir properties.”

The offshore installation was carried out across two subsea campaigns in 2020 and 2021 by TechnipFMC’s   vessel, approximately 120 kilometres north of Kristiansund, Norway, at a water depth of about 320 metres. The fabrication and assembly of the ETH-pipe was conducted by TechnipFMC.

Drilling of the Fenja production wells is scheduled to begin in fourth quarter, 2021, by the Deepsea Yantai drilling rig.

PosHYdon, which will be hosted on the Neptune Energy-operated Q13a-A platform, aims to validate the integration of offshore wind, offshore gas and offshore hydrogen in the Dutch North Sea. It will see the installation of a green hydrogen-producing plant on the Q13a-A platform. The plant will convert seawater into demineralised water, then into green hydrogen via electrolysis, which will be blended with natural gas and transported to shore via an existing pipeline.

Yesterday United Energy purchased a number of assets in the Counties of Rogers, Nowata, Osage and Washington, Oklahoma as well as Montgomery Kansas, which include operated and non-operated oil and gas leases in over 240,000 acres, including more than 2,200 wells and 1,200 miles of natural gas pipelines. This investment represents a key step in UE's effort to invest heavily in cleaner, more abundant and reliable forms of energy, such as natural gas.