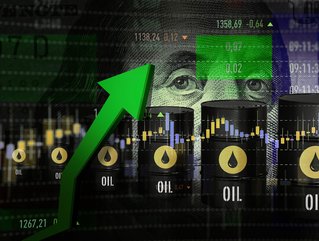 Gas prices soared to £8 a therm and Brent Crude rose to $139 a barrel as the Ukraine crisis - coupled with existing energy supply challenges - pushed energy prices to record highs. Brent Crude is now rapidly approaching the all-time record of $147 recorded in 2008.

Fuelling uncertainty is whether the international community will press ahead with energy sanctions against Russia, which exports roughly 4mn barrels a day of crude-oil products to Europe, and around 400,000 barrels a day to the US (click here to read our analysis). Russia has warned the move could send oil prices into the $300 territory.

But calls for energy sanctions are growing. Yesterday United Steelworkers (USW), the largest labor union operating US-based oil refineries, terminals and pipelines, called on government and employers to cut off all Russian imports of crude oil that would be processed in its domestic refineries.

"We must act now to begin replacing Russian oil in our systems and plan for long-term alternatives for our refineries, including increasing efforts to secure domestic crude oil and importing oil from other global sources," it said.

The crisis' implications are wide-ranging. Germany, for example, may not be able to meet its target of 15mn electric vehicles (EV) on the roads by 2030 says GlobalData. The crisis has led to the price of nickel, a key element in EV batteries, increasing by 18% since the end of 2021 to over $24,000 per metric tonne.

Mohit Prasad, Practice Head of Power at GlobalData, said Russia is the world’s third largest nickel producer. "Nickel is a significant ingredient that is used in lithium-ion battery manufacturing and batteries are the most important component of the electric vehicle. The Ukraine-Russia crisis has led to the highest increase of nickel prices in a decade.”

Supply chains have been hit extensively by Putin's Ukraine invasion, with prices up, and availability down, on oil, diesel and cereal crops - while freight is disrupted (click here for more details).

The Achilles Supply Chain Resilience Index for the period October – December 2021 indicates a score of 44.9 – less than five points higher than the 40% high-risk threshold. It is expected that the score will breach this threshold for the first time by the end of March.

Katie Tamblin, author of the report and Chief Product Officer at Achilles, said supply chain data emerging from Q4 2021 was already indicating that 2022 would be a rocky road for global supply chains, and now with the additional conflict in Ukraine, the outlook is extremely concerning.

“Pummelled by so many challenges over the last two years, supply chains have not had time to recover, and we now face a critical tipping point that could have both supply and cost ramifications rippling through industrial and consumer markets for years to come," she said.

Flaring in the UK North Sea fell by 19% in 2021, building on a 22% decrease the previous year, new analysis shows. Production facilities cut their flaring by 6 billion cubic feet (bcf), to 26 bcf, a reduction equivalent to the annual gas demand of 130,000 UK homes.

Dr Andy Samuel, Oil and Gas Authority (OGA) Chief Executive, said as we transition, the UK needs "a stable supply" of domestic oil and gas to minimise reliance on imports and bolster energy security, at a time when instability is ubiquitous.

"To ensure that production is as clean as possible, the OGA is holding the sector to account, including on flaring and venting, through close monitoring and benchmarking and proactive stewardship," he said.

“A substantial drop in flaring two years running – reaching its lowest level since we started tracking – is encouraging and reflects both OGA and industry efforts. But there can be no let-up if the sector is to reach and surpass emissions reduction targets.”