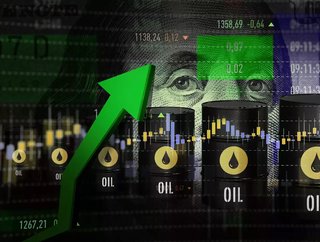 As the Eurozone wrestles with rising energy prices and inflationary pressures, the heat is rising on US businesses and consumers too

The rise in energy prices shows no signs of abating with oil jumping to three-year highs of $83 a barrel and UK gas prices jumping 20%.

The increases are raising inflationary pressures, sending Eurozone bond prices upwards. But those pressures are by no means limited to Europe. Illinois saw yet another jump in gas prices on October 1, with major utilities charging prices up to nearly triple last year's supply rates.

"High heating bills will be difficult for everyone, but could be painful and even disastrous for some families this winter," said Citizens Utility Board Executive Director David Kolata. "This could require action from state and federal officials to protect gas customers, but we also call on the utilities to do everything they can to keep their customers connected this winter. With the level of spending by some major utilities in the state, we have worried about an emergency like this for years."

The high prices are related, in part, to climate change, but other factors include:

“Hurricane Ida affected natural gas production at a time that the United States was already experiencing higher natural gas prices due to growth in exports, strong domestic natural gas consumption, and relatively flat natural gas production,” said EIA Acting Administrator Steve Nalley. “Lost production from the storm combined with these current market conditions has limited our ability to build up natural gas inventories, and we expect that will keep prices higher in the short term than we had previously thought.”

The events of recent weeks are a reminder that price volatility "is going to remain a common feature" as the UK transitions to zero-carbon electricity, particularly from wind and solar, according to a recent ING report. July had the lowest monthly wind speeds this century.

"The good news, for now, is that the arrival of autumnal weather appears to be heralding the return of stronger winds," it adds. "But a key lesson of the past few weeks is that the UK’s progress on decommissioning coal power, while clearly a long-term success, has also left the UK with fewer ways to substitute for poor wind and solar generation."

"The succession of market events over the past year further illustrates the critical role flexibility plays in ensuring security and continuity of supply," notes the IEA's Gas Market Report Q4 2021. "Flexible liquefied natural gas trade – alongside other major components of the gas flexibility toolbox such as interconnectors and storage capacity – has been and remains instrumental to adjusting to sharp and unexpected demand swings (both up and down)."