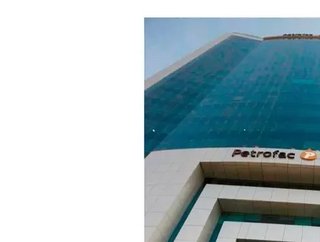 Petrofac has been notified by ADNOC Group that it has been suspended from competing for new awards until further notice.

Former senior executive David Lufkin pleaded guilty at Westminster Magistrates’ Court in January to three further bribery offences in relation to oil deals in the UAE, according to Reuters. The charges are in addition to 11 charges of bribery already brought by the Serious Fraud Office (SFO), to which Lufkin pleaded guilty in February 2019, the report states.

The SFO said offences related to "corrupt offers and payments made to agents by Lufkin between 2012 and 2018 to influence the award of contracts to Petrofac in the United Arab Emirates worth approximately $3.3 billion," it added.

Petrofac will continue to execute two EPC projects for ADNOC currently under construction, according to a company statement. "ADNOC has stated that it recognises the long-standing nature of its relationship with Petrofac and has confirmed that its decision will be reviewed on a periodic basis."

Petrofac added it is "committed to operating at the highest standards of ethical business practice. No charges have been brought against any Petrofac Group company or any current officer or employee."

In the same month, Petrofac Emirates was awarded two contracts, worth around US$1.65 billion, involving ADNOC’s Dalma Gas Development Project. The work scope encompasses offshore packages at Arzanah island and surrounding offshore fields, located around 140kms off the north-west coast of the Emirate of Abu Dhabi.

Petrofac has been present in the UAE since 1991. The Group employs around 3,000 people in country, many of whom are based at Petrofac’s Sharjah operation. Results for the year ending December 31 2020 will be published mid-April.