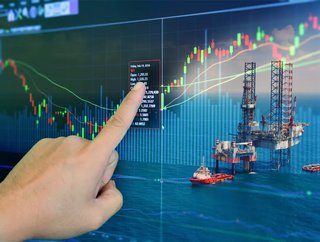 While yesterday's Carbon Tracker report shines the spotlight on stranded assets and production declines, operational assets could be set to 'mint money'

The world’s largest listed oil and gas companies cannot be considered aligned with global climate targets unless they plan for major production declines, with half facing cuts of 50% or more by the 2030s, warns a new report from the financial think tank Carbon Tracker.

The warning comes as companies are still approving billions of dollars of investment in major projects that are inconsistent with the 1.5°C Paris climate target, and even those with “net zero” commitments are continuing to explore for new oil and gas.

Essentially this is the dilemma of the energy transition: reconciling corporate and environmental sustainability, in a world which accepts the need for change while holding onto fossil fuel-oriented economies and lifestyles.

For most companies including majors like Shell, Chevron and Eni, production will fall by at least half, and most shale companies see production fall by over 80%, the report claims. Even in a slower, “well below 2 degrees" pathway, asset stranding risks are severe.

"For those investors that choose not to align with the NZE (or other 1.5°C scenarios), we caution that asset stranding is still a major risk under slower transition pathways such as the Sustainable Development Scenario, albeit in the form of investment on unsanctioned assets," it states.

"To model this risk, we use a least-cost approach that assumes any supply gap is satisfied by the cheapest unsanctioned project options. Investment into more expensive project options will not earn a sufficient return, with those assets considered stranded." While the tone of the Carbon Tracker report makes harsh reading for oil company executives, the situation is complex - and the industry may be set for an immense pay day.

The total value of oil and gas assets up for sale across the industry stands at more than $140 billion, according to the consultancy firm Wood Mackenzie. The disposals come amid rising speculation about "stranded assets" - huge oil and gas reserves that might never be extracted if the world pursues the Paris climate goals.

"One company's transition away from fossil fuels is another's opportunity to double down. Under intense pressure from investors and activists to take more action on climate change, some of the world's biggest oil and gas companies are putting billions of dollars' worth of assets up for sale," says Anjli Raval of the Financial Times, quoted in a Houston Natural Resources Corp statement.

"These operational assets will mint money like you have no idea over the next three to five years," says Laurent Segalen, a clean energy investment banker and managing partner at Megawatt-X, a platform which aims to enable the funding of the energy transition. "Hedge funds, private equity, companies you have never heard of, will pick these assets off."

But decisions made today by asset owners, investors, and policy makers should not be taken lightly because they will affect generations to come, warns McKinsey.

"It is critical not only to act now but to do so decisively. Similarly, societal expectations of what it means to “do the right thing” are changing, including where pensions are invested, how assets are managed, and how reporting requirements are disclosed. While the opportunities are increasing in number, the bar for success is arguably getting higher."

For example, the midstream gas and transport sectors will likely need to transition to accommodate green gas and hydrogen-based fuels, while the power sector could adopt CCS technologies, McKinsey adds.

"A clear view of the challenges can help identify opportunities and, more important, avoid risk from stranded assets. With this view in mind, companies will also need to leverage or attract new investment around both greenfield and brownfield projects, which requires careful evaluation of existing assets, new investment opportunities, and the latest policy changes."

Excess potential global oil supply will weigh on prices, potentially compounding the loss of revenue from lower volumes, according to Fitch Ratings.

"High-cost producers will be squeezed out first. Sovereigns with strong balance sheets and potential to diversify their economies are better-placed for the energy transition. Political instability and rising financing costs could amplify challenges in some cases."

It's not just the oil industry facing asset challenges.

Much of India’s 33GW of coal-fired power capacity currently under construction and another 29GW in the preconstruction stage will end up stranded, according to a briefing note by the Institute for Energy Economics and Financial Analysis (IEEFA).

“In the last 12 months no new coal-fired power plants have been announced, and there has been no movement in the 29GW of preconstruction capacity. This reflects the lack of financing available for new coal-fired power projects, and also the flattening of electricity demand growth, which has impacted coal the most.”