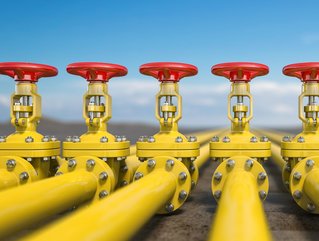 Despite recent downturns in stock value for companies in the oil and gas industry, Cabot Oil &am...

Despite recent downturns in stock value for companies in the oil and gas industry, Cabot Oil & Gas (CO&G) were reportedly up by 9.3%.

Considered to be because of the company’s focus on gas instead of oil and low operating costs, this fortuitous market activity means that CO&G’s first quarter has had a flying start - its strong full-year report for 2019 indicates the company is strong.

"Our 2019 results highlight the strength of our company, which was demonstrated by the generation of record levels for net income,” said Dan O. Dinges, Chairman, President and CEO.

Dinges followed up by stating that CO&G’s continued focus would be to “maintain our financial strength, and return capital to shareholders during these challenging times for the natural gas markets."

Founded in 1989, CO&G is an independent energy company focusing operations exclusively on onshore developments in the US. Striving to increase value for its shareholders in all of its activities, the company prides itself on its strategic marketing and performance.

However, not just satisfied with being a leader in its sector, CO&G is also a key proponent of ethical, safe and environmentally responsible operations in all of its activities.

Utilising what it calls “unconventional supplies of natural gas”, the company is contributing towards the US’ goal of reducing GHG (greenhouse gas) emissions whilst simultaneously meeting the nation’s increasing energy requirement.

The programme includes minimising waste, strict compliance with environmental regulations, developing emergency response procedures, establishing goals and using its sphere of influence to encourage suppliers and partners to do the same.

In a display of its commitment to CSR, CO&G became one of the first supporters of the API initiative ‘The Environmental Partnership’, which, among other things, strives to reduce methane and volatile organic compounds in industrial work.

With a mission to make the communities it works in better for it having been there, CO&G promotes air quality monitoring, ensures the integrity of wellbores and seeks to mitigate its wastage in whatever way possible.

The company also pools its knowledge and information regarding the industry to help develop high-standard across the sector, increase operational efficiencies and ensure that regulations are adhered to at all times.