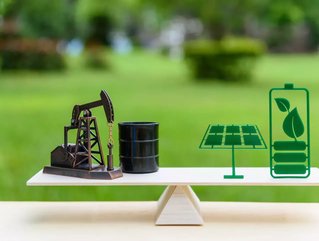 Increased scrutiny of the upstream carbon intensity associated with the production of fossil fuels has led to investors, consumers and producers looking to reduce their carbon footprint or emissions, which has resulted in a growing demand for "low-carbon crude".

Deb Ryan, Head of Low Carbon Market Analytics at S&P Global Platts, said oil and gas will remain part of the energy mix for decades to come, and in order for the world to meet ambitious emissions reduction targets, a premium value needs to be associated with the lowest carbon intensity oil and gas assets as these fossil fuels continue to play a role in the overall energy mix.

"By launching carbon intensity values and price premiums, Platts is bringing much needed transparency into the market. Awareness of carbon intensity values – while working in tandem with carbon markets, both voluntary and compliance-based, will accelerate investments into projects that will reduce or avoid greenhouse gas emissions for the future," she said.

Paula VanLaningham, Global Head of Carbon at S&P Global Platts, said interest from the market on carbon intensity, and recent trades to account for carbon emissions are important steps in the right direction.

"Calculating carbon intensity for oil fields allows a greater understanding of the respective carbon footprint, which enables market participants to focus on utilising the lowest carbon assets," she said. "Significantly reducing emissions generated from the oil and gas industry is critical to mitigating the effects of climate change. Our new upstream carbon intensity calculations provide new transparency in an important first step to drive further evolution in this area."

From October 1, Platts will begin publishing

Platts looks at production, flaring and venting, maintenance activities, production processing and transport to the storage hub to identify the main sources of emissions, relevant to specific operations. Emissions generated during the exploration and drilling stages are currently not included as part of the Platts upstream CI calculation.

It uses proprietary research and analysis to calculate results, with the Oil Production Greenhouse Gas Emissions Estimator (OPGEE) 3.0 model as the foundation.

Platts Carbon Intensity Premiums are calculated in $/boe and $/b respectively, with the value of the CI premium calculated using the daily Platts Carbon Removal Credit Assessment (Platts CRC).

The CI premium is the premium that a buyer would pay to offset the GHG emissions generated through the production of each crude. The $20 carbon price represents reforestation with a high number of associated co-benefits, while the $50 carbon price moving closer to tech-based carbon credit pricing, which includes CCUS.