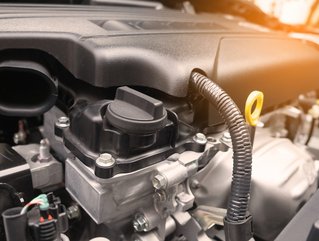 Saudi Aramco will utilise Gasoline Compression Ignition (GCI) technology to provide low-carbon fuel, while Mazda will develop a prototype of an efficient engine, with the research and development to take place at AIST in Tokyo. The research programme is set to be completed in 2020.

In a press release, Mazda explained that the research will largely focus on developing a ‘low-carbon fuel’ as well as looking at the internal combustion engines that use the fuel. The companies feel this is important because in 2035, despite global efforts to move toward electric cars and the like, 85% of vehicles around the world will still be using combustion engines.

Saudi Aramco has emphasised its support of Saudi Arabia’s Vision 2030 which will diversify the country’s economy in order to reduce reliance on oil.

The company has taken several steps toward a more sustainable future, including agreeing to plant 1mn trees in Saudi Arabia. In May this year, the largest oil and gas company in the world announced that it would plant 26 varieties of trees and seedlings with low water consumption, to preserve natural resources in Saudi Arabia.

For Mazda’s part, this project is in line with its Sustainable Zoom-Zoom 2030 initiative which aims to “use driving pleasure, the fundamental appeal of the automobile, to help solve issues facing people, the earth and society”.