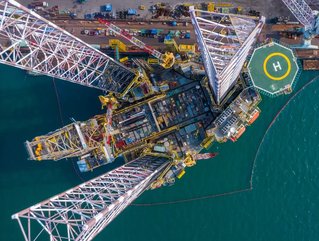 Following the $130trn private financing for net zero, country pledges to reduce public oil and gas financing are set to be announced today at COP26

At least 19 countries will make a commitment today at COP26 to stop the public financing of oil and gas projects abroad by the end of next year, according to reports.

The move will make it harder for countries to finance new oil and gas facilities, in line with warnings they are incompatible with net zero and climate warming targets, and follows a 50% decline in the market capitalisation of the top-listed oil and gas companies in the last two years.

"Like the wider economy, the financial conditions for energy-related companies have changed in 2020, in particular with top companies experiencing falls in market capitalisation steeper than those of equity benchmarks," notes the IEA.

Yesterday saw $130 trillion of private finance pledged to meet science-based net zero targets, although trillions of dollars of additional investment a year are needed to secure a low-carbon future and support countries already living with the impacts of climate change.

However, amid ongoing supply challenges and some recent robust results, upstream oil and gas investment is expected to rise by about 10% in 2021 as companies recover from the financial shock of COVID-19, even if spending will remain well below pre-crisis levels and is being outpaced by surging investment in renewable power.

Around 30 offshore oil and gas projects, as well as seven onshore developments and three coal mines, are currently in the pipeline across the UK (click here).

The move sees the largest US adaptation finance commitment to date, to reduce climate impacts on those most vulnerable to climate change worldwide, while Canada has allocated 40% of its climate finance to adaptation.

New commitments for climate financing also came from the United Kingdom, Spain, Japan, Australia, Norway, Ireland and Luxembourg, that build on the plan set out ahead of COP26 to deliver the $100 billion per year to developing countries.

The 'Glasgow Breakthroughs' announced at the conference aim to cover the sources of more than 50% of global emissions by 2030, and delivering them could create 20 million new jobs globally and add over $16 trillion across emerging and advanced economies.

Globally, the IEA predicts that with existing policies, oil demand will peak around 2030.

The key issue in a post-COVID-19 market risk assessment should not be peak demand but peak investment, where upstream investment will not return to previous levels, states a BCG report. An analysis by the IEF, in partnership with BCG, suggests that industry investment will have to rise over the next three years by at least 25% yearly from 2020 levels to stave off a crisis.