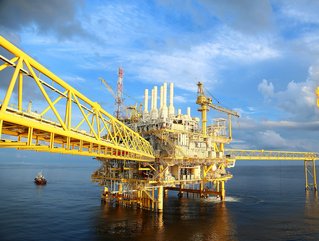 Oil and gas giant Royal Dutch Shell has announced its quarterly profits for Q2 2018, exhibiting a 30% rise in net profit, year on y...

Oil and gas giant Royal Dutch Shell has announced its quarterly profits for Q2 2018, exhibiting a 30% rise in net profit, year on year.

According to CNBC, the Netherlands-based company which has subsidiaries across the globe calculated its net profit attributable to shareholders on a CCS (current cost of supplies) basis and found the figure to reach $4.69bn, with the same quarter a year ago having reported a profit of $3.6bn.

While this was a significant rise it was also noted that according to Reuters, analysts predicted an even bigger rise to a figure closer to $6bn for the quarter.

Shell has attributed the rise in profit primarily to its Integrated Gas and Upstream segments. It has also announced a $25bn share buyback programme, an offer to buy shares from investors which usually happens if accompany feels its shares are undervalued and wishes to reduce the number of outstanding shares.

Ben van Beurden, CEO of Shell, reportedly said of the buyback: “This move complements the progress we have made since the completion of the BG (British Gas) acquisition in 2016, to reshape our portfolio through a $30bn divestment program and new projects, to reduce net debt and to turn off the scrip dividend.”

Shell acquired BG Group (owner of British Gas) for $62bn (£47bn) in a 2015 deal following the plummet of oil prices. The scrip dividend programme enables ordinary and ADS (American Depository Share) shareholders to receive new fully paid shares instead of a cash dividend. It was brought in as part of the acquisition and Shell recently announced it would seek to end the initiative ‘soon’.