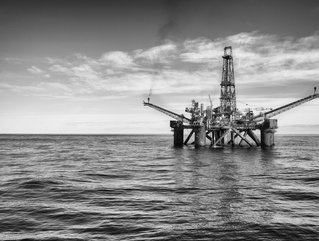 Barry Rust, Marketing Manager for Energy & Sustainability at Tata Steel, explains the issues facing the European energy sector and how these might be resolved.

Recent events in the UK and Europe have highlighted important questions surrounding the provision and types of energy that will be required to fuel our future needs.

Suggestions that Russia could turn off its gas to the UK, alongside debates over the price we pay for our energy, the potential of our shale gas industry and impressive forecasts from BP for the growth of renewables all reinforce the idea that we are experiencing an energy trilemma centred on security of supply, costs and sustainability.

What do we, as producers, suppliers and consumers, want our future energy landscape to look like? At what point do the fluctuating costs of oil, gas and coal compromise our ambitions to increase our uptake of greener transport and power sources?

Tata Steel has been a key contributor to the UK energy industries for over 25 years. We’ve supplied more than 1mn tonnes of pipeline for oil and gas projects in the North Sea, including in excess of 4mn metres of welded pipelines, 500,000 meters of reel installed pipe and more than £250mn

invested in UK subcontracts for North Sea projects. Today, we continue to service the UK oil and gas industry, but of course this relies on an oil and gas supply.

Let’s look at security of supply, where recent issues around our gas supplies provide a good example of the problem. The importance of gas in the foreseeable future cannot be overestimated. Regarded as the most ‘green’ of the hydrocarbon energy sources such as coal and oil, it will be the fuel to transition world markets from high carbon to low and ultimately no carbon or renewable energy.

Russia has cut off gas to the Ukraine on at least three occasions since 2005, but any withdrawal of Russian piped gas would not bring the UK to a standstill. The UK government estimated in 2016 that gas from Russia, piped from Europe, accounted for just 1% of our total gas imports. However, in mainland Europe, where 35% of gas comes from Russia, it’s a different story.

Furthermore, half of LNG imports to the UK this year (or three out of six shipments) have come from Russia. And while LNG makes up a relatively small amount of the UK’s gas, cold weather spikes like the Beast from the East, which hit the UK and Europe in February and March, or pipeline outages mean that such ‘quick fix’ imports could increase. In the UK, this concern has been heightened following the closure of the country’s main gas storage facility at Rough off the Yorkshire coast.

Looking at energy costs as the second component of the energy trilemma, the focus becomes more elastic as supply and availability increase, and less so as they decrease. The actual costs of oil and gas production have dropped considerably in recent years, with Oil & Gas UK revealing that unit operating costs in the North Sea in 2017 had almost halved over the previous two years.

Nevertheless, the UK government has forecast that two-thirds of the country’s energy mix will still come from oil and gas by 2035, and with a North Sea production decline estimated post 2020, this could create commodity cost pressures which may be alleviated by the UK’s nascent shale gas industry.

With an estimated need for £2.3bn worth of steel, the U.K. shale industry would certainly represent a significant opportunity for the steel industry, but its development will require not only technical confirmation of commercial reserves but a step change in the public perception of shale and a clear public licence to operate.

The third element in the energy trilemma is sustainability. BP’s recently published Energy Outlook 2018 stated that renewable energy is the fastest-growing energy source and suggested that it could account for 40% of the increase in primary energy by 2040. However, this rapid rise has to be put into context: BP estimates in the same timeframe that wind and solar power will still only meet around 14% of the world’s primary energy consumption. While there continue to be significant technical advances in all sectors of renewables, they will only become truly disruptive when they are able to generate clear commercial efficiencies.

Alongside the growth of renewables is an increasing drive towards energy efficiency which will be required to achieve a low or zero carbon economy. Energy efficient homes and workplaces have an enormous contribution to make to the energy trilemma. Large energy consumers such as Tata Steel have a role to play with significant investment in energy efficiency in plant and investment in low carbon production processes. The durability of steel in this increasingly efficient context delivers extremely sustainable products over the whole lifecycle which can be reused or recycled.

But the forecasts for renewable energy consumption make two things abundantly clear: firstly, the transition to a low or no carbon economy will be a long-term process; and secondly, they reinforce the view that oil and gas will continue to be our prime sources of energy for many years to come.

The three elements of the energy trilemma are interconnected and influence each other: for example, oil and gas supply shortages will impact on consumer costs and focus attention on alternative and more sustainable energy sources. Our future energy requirements will continue to be met by a portfolio of sources, each dependant on steel to provide the necessary assets and infrastructure.