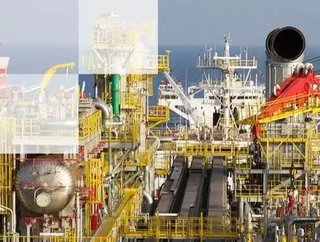 Tullow Oil is pivoting to a more sustainable business model and aims to be net zero by 2030...

Last year was one of "significant change" for Tullow Oil as it posted an after tax loss of $1,222 million for the year ending December 31 2020.

In line with many of competitors, the independent oil and gas company focused on Africa and South America is now pivoting to a more sustainable business model and aims to be net zero by 2030.

CEO Rahul Dhir, who took up his position last July, said: "We will start a multi-year, multi-well drilling programme in Ghana next month to deliver sustainable and profitable production growth."

Losses were attributed to non-cash exploration write-offs and impairments, as total revenue and gross profit dropped to $1,396 million and $403 million respectively. Sale of interests in Equatorial Guinea and Dussafu in Gabon for up to $180 million are expected to complete in the first half of this year.

Jack Winchester, Analyst at Third Bridge, said Tullow’s full year production came in "pretty much bang in the middle of guidance" and the drop from previous years' production levels was partly due to OPEC+ enforced shut-ins in Gabon.

"Tullow has survived a tempestuous 2020 by bringing in a new CEO, refocusing on its productive assets, and rationalising its portfolio," he said. "A recovering oil price alleviates some of the pressure on Tullow, but significant debt levels mean they’ll still be anxious for commodity prices to grow further to continue the deleveraging we saw in 2020.”

Dhir recently signed off the sale of Tullow’s Ugandan assets to Panoro Energy, has come in with a reputation for being strong on capital discipline, and led a strategy of rationalisation as the company seeks to repair its balance sheet, he added.

"Our experts are positive about the company’s Jubilee and TEN fields in Ghana which will receive a large chunk of the company’s CAPEX over the coming years. The Jubilee field is a relatively low cost asset and our experts say the TEN field could yield large volumes increases from further drilling at fairly low risk," he said.

"Meanwhile, the rest of Tullow’s portfolio outside of West Africa is likely to take a backseat. The license extension, granted to Tullow’s Kenyan operation will give the company time to decide what to do with this asset."