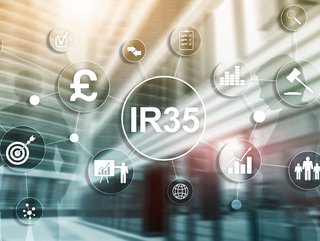 The £263mn paid by UK government departments collectively due to mistakes made when implementing the IR35 tax rules is a timely reminder to energy businesses that they must prioritise their compliance to avoid the same fate, insurance provider, Qdos, has advised.

The huge figure was published in the Public Accounts Committee's damning review of IR35 reform, released in May, in which HMRC and the UK government were criticised for not abiding by the rules they created, reformed and enforce.

IR35 reform was first introduced in the public sector in 2017, meaning public bodies became responsible for assessing the IR35 status of contractors they engage – effectively determining if the service a contract worker provides reflects a self-employed or employment arrangement.

As part of the reform, the liability was also transferred to the fee-paying party in the supply chain. The same changes were rolled out in the private sector in 2021, impacting energy businesses, along with all other medium and large organisations.

The government departments that have so far been hit with multi-million-pound tax bills for misapplying the IR35 rules include; the Ministry of Justice, Defra, HM Courts & Tribunal Service and the Home Office.

Numerous departments have also been issued significant penalties for the “careless application” of IR35. For example, of the MoJ’s £72.1m bill, £15m was made up of a fine.

Possible penalties are now especially relevant to private sector businesses. Following the expiry of the 12-month ‘soft landing’ in April 2022, HMRC is able to pursue companies for penalties and fines in addition to tax liabilities owed.

Qdos CEO Seb Maley said the figures published by the Public Accounts Committee are staggering and evidence the mess the UK government has made of IR35 reform.

"But along with highlighting Westminster’s failures, the energy sector can learn a lot from the government’s £263mn calamity," he said.

“It’s impossible to overlook the fact that all of these government departments used HMRC’s fundamentally flawed IR35 tool, CEST, in some capacity. The result of this has been incorrect IR35 assessments and hundreds of millions owed in tax."

Energy businesses with offices in the UK mustn’t ignore the huge penalties handed out by HMRC either, he added.

"Following the end of the so-called ‘soft landing’, the tax office will have no hesitation in issuing these to energy firms which, following the windfall tax, are already being monitored closely by HMRC," he said.

“The major difference, of course, is that while publicly-funded government departments can absorb these liabilities, the impact will be felt much more by energy firms – which is why compliance must be as much of a priority now as it was the day reform was introduced.”