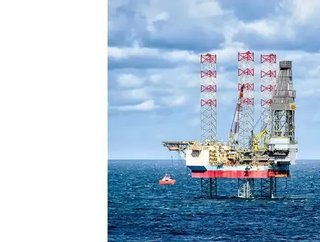 UK O&G investment to top £16 billion by 2030 as industry and government strive to reduce emissions and foster clean energy...

The UK oil and gas sector is to receive £16 billion by 2030 to reduce carbon emissions in a transition deal designed to foster clean energy.

The sector deal - the first of its kind by any G7 country - between the UK government and oil and gas industry is designed to support up to 40,000 jobs and the supply chain through this transition by harnessing the industry’s existing capabilities, infrastructure and private investment potential to exploit new and emerging technologies such as hydrogen production, Carbon Capture Usage and Storage, offshore wind and decommissioning.

Key commitments in the North Sea Transition Deal include:

Business and Energy Secretary Kwasi Kwarteng said: "We will not leave oil and gas workers behind in the United Kingdom’s irreversible shift away from fossil fuels. Through this landmark sector deal, we will harness the skills, capabilities and pent-up private investment potential of the oil and gas sector to power the green industrial revolution, turning its focus to the next-generation clean technologies the UK needs to support a green economy."

"As long as oil and gas remain part of the UK’s energy mix, they must be produced more cleanly and in line with net zero. Our role includes monitoring and holding industry to account on its emissions reduction performance," he said, adding it is supporting projects like Acorn, Hynet, Net Zero Teeside and Zero Carbon Humber, along with the Energy Transition Zone and the Global Underwater Hub.

James Allen, Chief Operations Director at energy workforce solutions provider, Airswift, said the engineering talent in the UK is the lifeblood of our vital energy industries and it is critical that we retain and reskill this talent as we accelerate the sector's decarbonisation.

"Now is the time for energy businesses to adjust their outlook when finding the talent to make these ambitions a reality," he said. "The sector needs a skills first, sector second mindset that enables business to look past what industry a candidate has worked in and instead look at where their skills can be applied. This will be key to unlocking a low carbon future for the UK.”