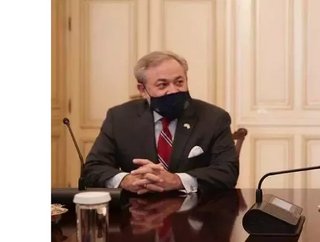 Greece, Cyprus and Israel have approved an agreement for the Eastmed pipeline, which has been in planning for several years...

The United States is backing the construction of a subsea pipeline that would supply Europe with natural gas from the eastern Mediterranean.

Speaking to reporters in Athens, US Energy Secretary Dan Brouillette said Greece, Cyprus, and Israel have approved an agreement for the Eastmed pipeline, which has been in planning for several years. The countries aim to reach a final investment decision by 2022 and have the £5.42 billion scheme completed by 2025 to help Europe diversify its energy resources.

“We are going to continue to work with Israel, Greece and other interested parties to ensure that the infrastructure will be developed,” Brouillette adds.

“There is still an enormous amount of interest both from private industry and from governments of the region to see that infrastructure developed and to be developed as quickly as we can possibly do it.”

Greece intends to play an important role in diversifying Europe’s energy resources, moving the continent away from its dependence on Russia – an objective strongly supported by Washington.

The import of US natural gas to Greece has risen sharply in recent years, with the European country building up its gas infrastructure, including an 878kms-long pipeline.

Having started operations last month, the Trans-Adriatic Pipeline (TAP) brings Caspian gas to the Greek-Turkish border and into southern Italy. Part of the Southern Gas Corridor, a 3,500kms gas value chain stretching from the Caspian Sea to Europe, TAP provides a direct and cost-effective transportation route for natural gas, in a safe, reliable, and efficient manner.

The pipeline starts near the Evros area of Kipoi at the Greek-Turkish border, where it is connected to the Trans Anatolian Pipeline (TANAP). It traverses northern Greece westwards to Ieropigi, Kastoria at the Greek-Albanian border. Crossing Albania and the Adriatic Sea, the pipeline comes ashore in Southern Italy to connect to the Italian gas network.

Greece is also looking to build a liquified gas regasification unit off its Alexandroupolis port in the north that would be able to feed gas into TAP and another pipeline under construction with Bulgaria.

In a tweet, Secretary Brouillette wrote that Greece and its neighbours are ‘redrawing the energy map of south-eastern Europe through a variety of major projects like the recently completed TAP and making progress on renewables, e-mobility, and wind power.’

“We are committed to supporting projects like TAP, Alexandroupoli FSRU, IGB, & Greece's role in East Med Gas Forum and the Three Seas Initiative," he added in another tweet.

The European Union’s flagship fund to wean regions off fossil fuels will not finance natural gas projects, bringing an end to a debate over whether to make the fuel eligible for support, according to another recent Reuters report (click here).