US releases 50 million barrels of oil to stem price rises 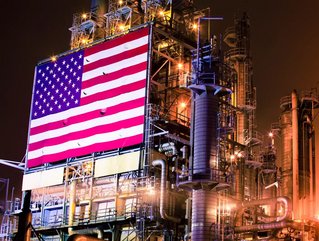 The US Department of Energy will release 50 million barrels of oil from the Strategic Petroleum Reserve to lower prices for Americans and address the mismatch between demand exiting the pandemic and supply, according to a White House statement.

President Joe Biden will use "every tool available to him" to lower prices and address the lack of supply.

"American consumers are feeling the impact of elevated gas prices at the pump and in their home heating bills, and American businesses are, too, because oil supply has not kept up with demand as the global economy emerges from the pandemic," the statement reads.

The US said the new supply will be taken in parallel with other major energy consuming nations including China, India, Japan, Republic of Korea and the UK.

Initially 32 million barrels will be an "exchange" over the next several months, releasing oil that will eventually return to the Strategic Petroleum Reserve in the years ahead.

The exchange is a tool matched to today’s specific economic environment, where markets expect future oil prices to be lower than they are today, and helps provide relief to Americans immediately and bridge to that period of expected lower oil prices.

Thereafter 18 million barrels will be an acceleration into the next several months of a sale of oil that Congress had previously authorised.

Last week, the President asked the Federal Trade Commission to examine what is going on in oil and gas markets and to consider “whether illegal conduct is costing families at the pump.”

The Administration remains committed to the President’s ambitious clean energy goals, as reflected in the Bipartisan Infrastructure Law signed last week and the House-passed Build Back Better Act.

U.S. Energy Development Corporation, an E&P firm that provides direct investments in energy, has increased its master borrowing base with Washington Federal Bank to $75 million.

"We are grateful for our continued partnership with Washington Federal," said Jordan Jayson, ceo of U.S. Energy. "This increased borrowing base provides U.S. Energy with additional capacity to acquire more high-quality assets in our core focus areas."

U.S. Energy primarily invests in projects across the Permian Basin, Eagle Ford, as well as the DJ and Powder River Basins. The firm has invested upwards of $135 million in the core of the Permian Basin this year alone, with plans to invest an additional $400 million in projects located in these core areas over the next two years.

Meanwhile S&P Global Market Intelligence's Energy Research team forecasts a record year for renewable energy development in the US in 2022, with 44GW of solar and 27GW of wind power set to be installed alongside more than 8GW of battery storage.