2012 THE INTERNATIONAL YEAR OF SUSTAINABLE ENERGY FOR ALL 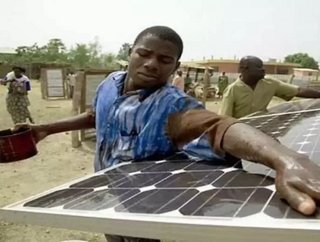 In recognising the importance of energy access for sustainable economic development and supporting the achievement of the Millennium Development Goal...

In recognising the importance of energy access for sustainable economic development and supporting the achievement of the Millennium Development Goals, the United Nations General Assembly has marked 2012 as the International Year of Sustainable Energy for All. Speakers talking at the annual Africa Energy Indaba taking place at the Sandton Convention Centre from February 21 to 23, 2012 discussed topics such as: Which renewable technologies are the real options for Africa, To what extent is energy regulation hindering or enabling African development and How do we ensure and prioritise energy security for economic development amongst other related topics.

“The International Year of Sustainable Energy for All reminds us that sustainable energy is closely related to sustainable development. Africa’s millennium development goals have placed the end of hunger and poverty as well as environmental sustainability high on the agenda. As such we have to continuously remind ourselves that access to sustainable energy is a basic human right that can be attained in our lifetime. We need to think out of the box and take advantage of our renewable energy sources that are abundant on the continent in order to reach these goals,” says Africa Energy Indaba Managing Director Liz Hart.

About three billion people globally still rely on wood, coal, charcoal or animal waste for cooking and heating. In our current global economy this is unsustainable.

Poverty continues to plague many of Africa’s nations yet access to sustainable electricity can go a long way in improving the living conditions of the majority of the world’s population. Governments and the private sector have to realise the urgency of increasing their investments in sustainable energy technology as part of a larger effort to combat climate change.

Christoph Frei, Secretary General of the World Energy Council added: “The World Energy Council formally supports the UN “Year of Sustainable Energy For All”. We are working closely with the UN to promote the energy access agenda and have agreed a way forward with the Secretary General, Ban Ki-Moon. Secure, affordable and clean energy is a fundamental enabler to deliver sustainable development and WEC is playing a tangible role by involving its network of over 3000 organizations from the public and private sector in this agenda. The World Energy Congress in 2013 and regional meetings like the Africa Energy Indaba are important platforms for dialogue and cooperation to achieve a sustainable energy future for all.”

South Africa has made remarkable progress in widening access to electricity.  Prior to 1990, less than a third of the country’s households had access. A decade later that proportion has doubled however, more needs to be done in order to meet the initial targets set by government.

General Assembly’s Resolution 65/151 has called on UN Secretary-General Ban Ki-moon to organise and coordinate activities that will take place during the course of the year. This is all an attempt to increase awareness and stress the importance of addressing energy issues as well as access to - and sustainability of - affordable energy and energy efficiency at local, national, regional and international levels.

The Sustainable Energy for All initiative will mobilise action from governments, the private sector, and civil society partners globally. The Secretary-General has set three inter-linked objectives namely including universal access to modern energy services, improved rates of energy efficiency, and expanded use of renewable energy sources.

This he hopes will provide a vital advocacy platform for raising awareness of the global energy challenge.