Acciona Energía posts €363mn profit and targets US and Spain 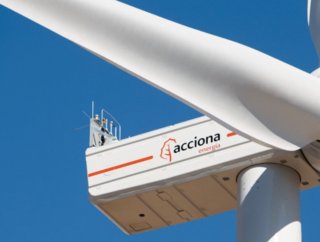 Acciona Energía posted €363mn profit on the back of €2.47bn (39.8%) revenues and EBITDA of €1.09 billion (25.1%), as the broader Acciona conglomerate recorded solid performances across sectors.

The remaining 15MW belong to the Lloseta and Petra photovoltaic plants in Mallorca (Spain), which will supply clean energy to produce green hydrogen in the country's first commercial plant of this kind.

Its IPO in July last year has enabled the group to considerably reduce its financial leverage, thereby increasing its ability to invest and improve its growth potential, not only in the energy sector, but also in all its sustainable infrastructure activities.

Net ordinary investment in the various divisions of the Acciona Group amounted to €1.32bn, a 59.2% increase, excluding a €224mn investment in existing assets in the Real Estate division.

Meanwhile, the Infrastructure division invested a net total of €185mn, the company added. The Board of Directors has proposed a dividend payout of €4.10 per share from the 2021 results.

The division posted revenues of €4.87bn, a 24% increase to 2020, with accumulated EBITDA of €323mn, which is a 51% increase to the previous year’s results. It added that the division's portfolio broke its all-time record and increased to €18.1bn, a growth of 21.6%. During the year, new contracts worth €8.55bn were booked, including €6.06bn in Construction and Water projects.

By geographical region, 27% of the portfolio is located in Latin America; 24% in Australia and Southeast Asia; 23% in Europe, the Middle East and Africa (EMEA); 18% in Spain; and 8% in North America.

Amongst the main projects awarded in 2021 were the construction of a flood diversion canal in Fargo (US), several water plants in Saudi Arabia, the Sydney Metro West project and one of the sections of the Mayan Railway in Mexico.

“The strength of the results of these business units easily compensate the lower contribution of the Concessions business due to the sale of a large portfolio of projects in Spain for €484 million, a transaction completed in 2021,” the company statement said.