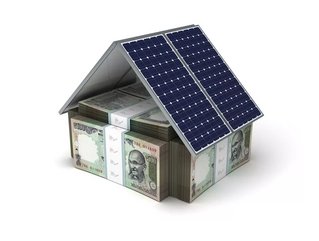 Adani Green Energy announced that it had won a solar development award of 8 GW spread over 60 months, the largest to be granted in the world so far...

Adani Green Energy announced that it had won a solar development award of 8 GW spread over 60 months, the largest to be granted in the world so far.

Awarded by the Solar Energy Corporation of India (SECI), the total investment of USD$6bn will create 400,000 direct and indirect jobs and mitigate over 900mn tonnes of CO2.

With 15 GW of solar capacity currently under management (at a value of $2bn), this latest development will bring Adani Green Energy (AGE) close to fulfilling its target of 25 GW capacity by 2025.

Housing two of the largest onshore wind farms in the world, India is rapidly becoming a leading authority in the infrastructural development of renewable energy.

AGE’s award, which comes courtesy of the ‘Self Reliant India Program’, is emblematic of the country’s sincere commitment to tackling climate change, a pledge that was emphasised by Prime Minister Shri Narendra Modi at the COP 21 Paris summit in 2015.

Aware that his company is currently making history in the Indian energy sector, Gautam Adani, Chairman of the Adani Group, stated:

“We are honoured to be selected by SECI for this landmark solar award. In today’s world, climate adaptation cannot be considered independent of economic development priorities and both, job creation, as well as decarbonization, must be simultaneous objectives.

“India made a commitment at the 2015 United Nations Climate Change Conference in Paris that it would lead the Climate Change revolution and today is the leader among the just eight nations on track to meet their COP21 commitments.

“The fact that renewable power will transition into becoming the world’s cleanest and most economical fuel is a foregone conclusion and the Adani Group intends to play a leading role in this journey.

This award is yet another step in our nation’s climate change promise to the world as well as enabling our nation’s Atma Nirbhar Bharat Abhiyan (Self Reliant India Program). It is another step towards fulfilling our Group’s Nation Building vision.”

A roadmap for the future

According to AGE’s press release, the 8 GW will be developed in stages over the course of the next five years: the first 2 GW instalment will be operational by 2022, followed by the remaining 6 GW in 2 GW increments through to 2025.

Spread across various locations in India, one site in particular, wherein 2 GW of power will augment a pre-existing 1.3 GW site, will become one of the largest installations in the world.

India is already home to the two largest solar PV stations in the world: Bhadla Solar Park and Pavagada Solar Park. AGE’s developments will place the country firmly in the top echelon of solar energy leaders.