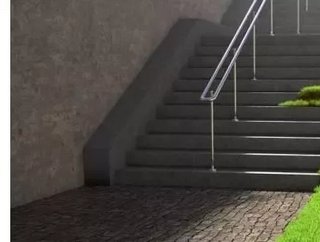 The £5 trillion group warns companies to move away from thermal coal plants or they could face sanctions, including divestment...

Alliance is turning up the decarbonised heat on its members, warning companies not to invest in thermal coal plants or face sanctions, according to a Reuters report.

The Net-Zero asset owner, whose members include German insurer Allianz, manages a combined £5 trillion in assets. It is making the call after a recent commitment to set tougher carbon limits on portfolios.

In order to meet the terms of the Paris Agreement on climate change – which aims to limit global warming to 1.5 degrees Celsius above pre-industrial norms by 2050 – developed economies need to phase out most thermal coal by 2030, with a global phase out by 2040.

In a report seen by Reuters ahead of its release on November 9, the alliance says all companies owned by the group needed to develop their own plans to transition away from thermal coal.

“If no long-term carbon footprint reduction can be produced the members will need to escalate and ultimately divest,” Günther Thallinger, Member of the Board of Management, Investment Management, Environmental, Social and Governance (ESG) at Allianz, says.

In order to help these companies, the group has issued a set of core principles, including that, other than coal plants currently under active construction, no further thermal coal power plants should be financed, insured, built, developed or planned.

“Alliance members believe that all companies in our portfolios should have a firm understanding of the wider implications for the activities, operations and projects that they are engaged in,” the report says.

Furthermore, there should be an immediate cancellation of all new thermal coal projects that are in a pre-construction phase, including coal mines and related infrastructure, as well as the supply of other products and services, it continues.

In addition, all unabated existing coal-fired electricity generation, that which is not captured by carbon sequestration or storage, should be phased out, the alliance says.

“Participation in activities and projects that are not aligned with these principles is incongruent with our net-zero goals and the aspirations we have in respect to the different decarbonisation strategies of the companies we invest in,” it states.

The International Energy Agency (IEA) expects global coal demand to fall by approximately eight percent in 2020 – the largest drop since World War II, with coal use declining in virtually every sector of every region in the world.

“In China, coal demand will decline in 2020 by around five percent, despite the gradual recovery since February lockdown. Coal-fired power generation will be hit especially hard because the power system is crowded by low variable cost hydro, wind, solar and nuclear power,” IEA says in its Global Energy Review 2020.

“An even greater decline in coal demand is expected in India, where economic growth and power production are slowing significantly. Despite the recovery expected later in the year, a decline in coal power generation will push coal use down for the second year in a row.

“In the rest of the world, coal demand will decline steeply in 2020. Even in Southeast Asia, the region with fastest growth in the recent years, where coal power generation is curtailed by lower electricity demand, especially in Malaysia and Thailand.

"We also expect significant declines in coal demand in advanced economies: by 25 percent in the United States, around 20 percent in the European Union, and five percent to 10 percent in Korea and Japan,” IEA adds.