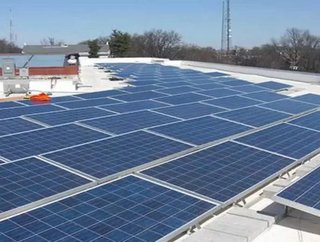 American University, renowned for its international relations and political science programs, is installing a massive solar panel array to power the university campus. In line with Washington D.C.’s renewable energy development mandate, which seeks carbon neutrality by 2020, the University will install 2,150 solar pv panels for electricity and water heating.

The pv panels are set to be installed in July on six of American University’s campus buildings.

174 solar thermal energy panels will be installed on four University buildings in July as well, providing hot water to the student body living on campus as well as to the University dining hall.

“Not only is solar power the right thing to do, it will also reduce the university’s energy costs the day we flip the switches on the new systems, proving that solar can be clean and green,” says Chris O’Brien, director of sustainability at American University. “We are also working to explore other ways to develop even larger scale renewable energy sources in the Washington region, so stay tuned.”

American University officially announced last spring that the University will seek carbon neutrality by the year 2020. The University is purchasing 100 percent wind power from the grid, reducing energy consumption. In fact, American University’s School of International Service building is LEED gold certified, and efforts are underway to construct an on-campus wind turbine and electricity generator that will run on used cooking oil from the campus dining hall.