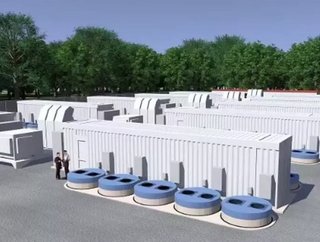 Beacon Power creates flywheels to store power and increase grid efficiency by preventing black outs. Seen as a technology to aid grid reliability, the company received a $43 million loan guarantee from the Department of Energy in August 2010. After filing for bankruptcy, Beacon Power owes the government $49.1 million and the state of Massachusetts $3.45 million.

Last week, the White House announced it would review the Energy Department program, guaranteeing nearly $36 billion in loans to projects in clean energy and other green initiatives.

Energy Department spokesman Damien LaVera said, "Protecting taxpayer dollars remains the top priority for Secretary Steven Chu and the department, which is why we were careful to include many protections for the taxpayer" in the Beacon deal. He said the plant in New York was "operational and generating revenue," making it a "valuable collateral asset."

According to Mr. Chu and the President, some failures are to be expected as we are dealing with new, unproven technologies. Natural gas prices have been low too, making it harder for renewable energy companies to compete.

Beacon has been warned of delisting from trades on Nasdaq, unable to raise more capital. However, unlike Solyndra, Beacon's Stephentown plant in New York continues to operate. The flywheel and battery systems developed by the company have new economic incentives to operate under a rule approved by the Federal Energy Regulatory Commission.