Basketball & the Environment: The NBA "Goes Green" before Playoffs 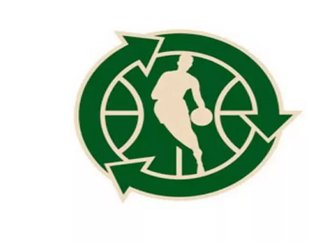 Written By: John Shimkus With the NBA playoffs coming up soon, fans are waiting in anticipation to see who will play whom in the 2011 race for the fina...

With the NBA playoffs coming up soon, fans are waiting in anticipation to see who will play whom in the 2011 race for the finals. But have you ever been curious about what your favorite basketball teams are doing to “go green”… to become a little more environmentally conscious? With NBA superstars being idolized around the world, setting a precedent for environmental awareness may help spur widespread activism in the green movement.

The NBA has taken steps to green basketball with its “NBA Green” program. The following list outlines the major steps being taken by various teams to reduce energy consumption, recycle, reduce pollution, plant trees, and more importantly, spread this mindset to the millions of fans who look up to the franchise stars.

Additionally, several NBA teams are encouraging fans and providing them with incentives to take public transportation to and from their respective games.

2. The Celtics are organizing a clean up day with local 8th graders throughout the city of Boston.

3. The Chicago Bulls will honor its All Star Green Team comprised of students who excel at getting others to participate in recycling and improving environmental issues at their schools on 'Go Green Night'.

Collaboration and Consensus Building for Arctic Offshore Oil and Gas
Beyond Solar Panels: Six Types of Solar Power Plants
The Remote Controlled Mine: Robotic and Virtual Mining Machinery and Equipment
Check out the latest edition of Energy Digital!

4. The Golden State Warriors and Esurance will team up with the non-profit organization 'Urban Releaf' to plant trees in West Oakland to beautify the area and combat pollutants naturally.

5. The Oklahoma City Thunder are taking part in a trash pick-up at a local Boys & Girls Club with the Mayor and City Council.

7. New Orleans Hornets staff members will work with 'Save the Wetlands' to plant trees along the Gulf Coast and in the marsh areas.

8. The Dallas Mavericks are planning to give away eco-friendly grocery bags in exchange for fans bringing in their plastic bags.

9. The Portland Trail Blazers are rolling out hundreds of new recycling/compost stations at the Rose Garden to eliminate waste, collect compostable materials and keep recyclables from reaching landfills.